In the wake of COVID-19 and a world where the economy is trying so hard to recover, there has always been one thing to keep America going. Agriculture. As the industry has continued to grow and expand into new avenues, society has begun to look to agriculture as a source of fuel, energy, chemicals, and other products. The idea of using living things and products from the land to drive the economy is referred to as a biobased economy. As a biobased economy is becoming a more well-known idea, crops such as soybeans are taking over unexpected landscapes. 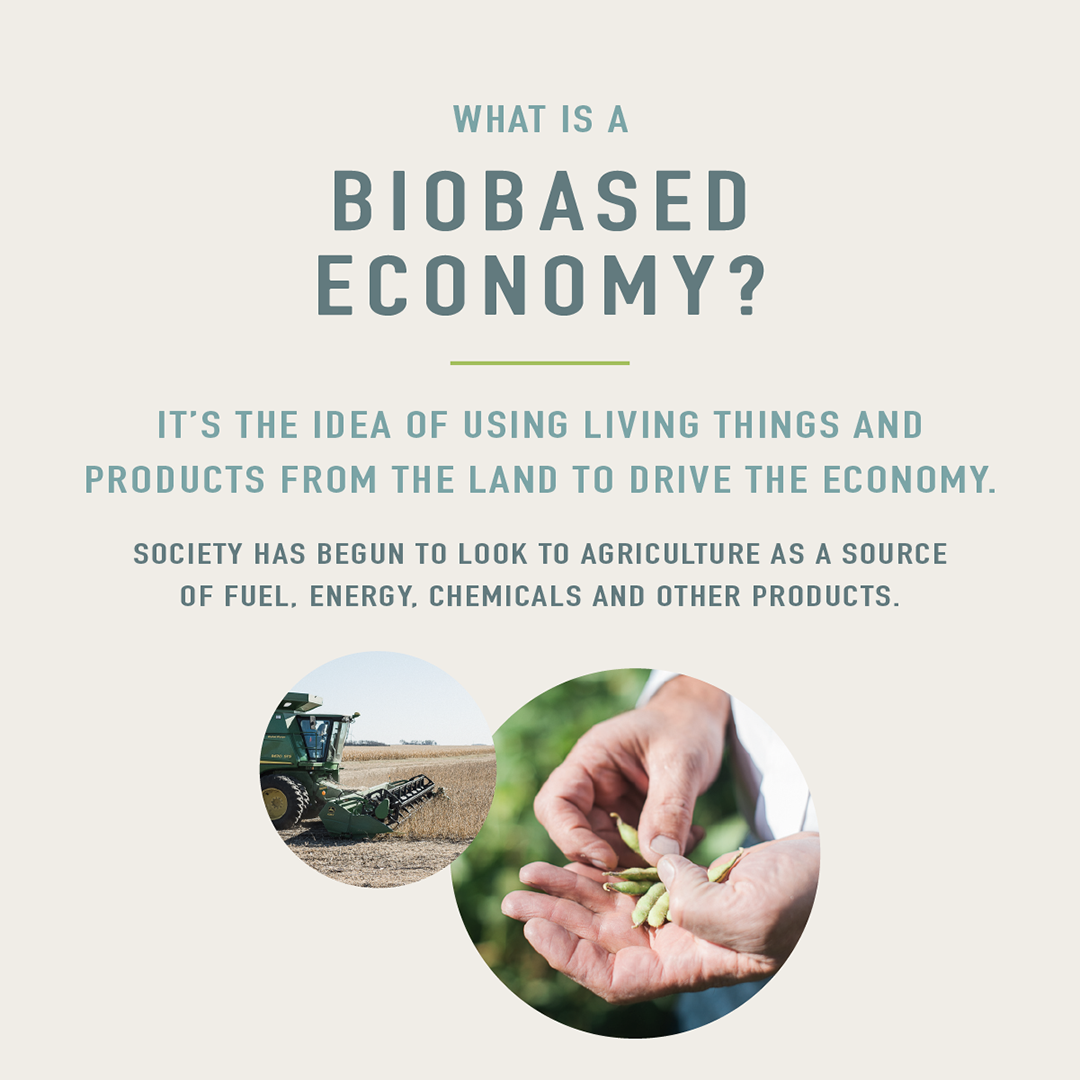 In a report by the USDA released in July 2019, biobased products contributed $459 billion to the economy in 2016 in just the United States alone. Biobased products and the companies that produce them also indirectly and directly support over 4.6 million jobs. Rising to the top of this new economic system are companies like SYNLawn. Since 2008, SYNLawn has installed over 82 million square feet of U.S. soy-backed grass across 200,000 installations in 19 different countries. SYNLawn has developed a variety of soy-based grasses specifically designed for playgrounds, golf courses, landscape designs, pet facilities, and many others. 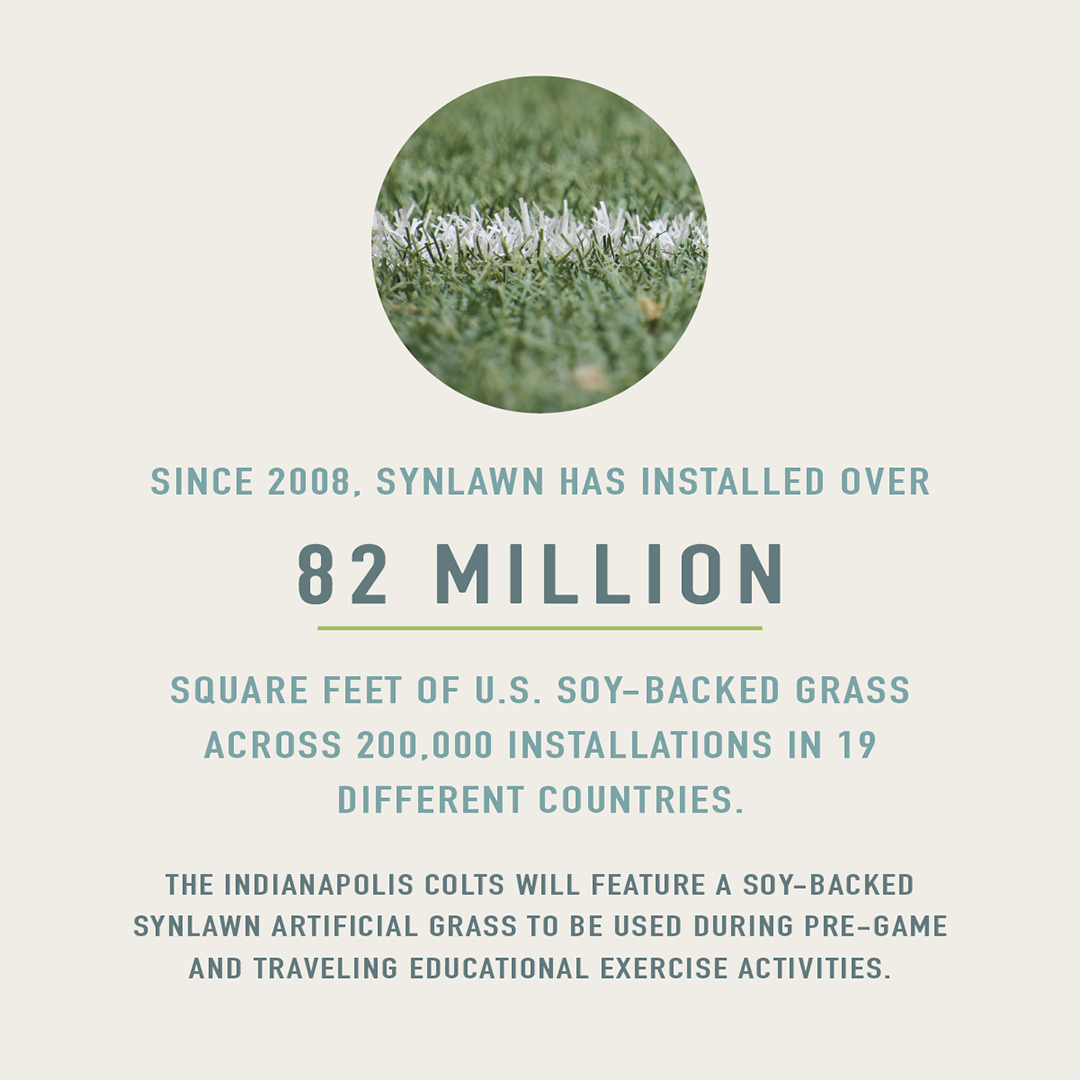 A more well-known, local facility that holds a soy-based turf is the Sanford Jackrabbit Athletic Complex housed at South Dakota State University. In a South Dakota Soybean Checkoff article published in 2014, Barry Dunn, Dean of the College of Agriculture and Biological Sciences and Director of SDSU Extension said, “This product demonstrates that agriculture’s impact expands beyond food, fiber, and fuel to new uses like synthetic turf,” Dunn said. “Soybeans are grown in our state by more than 13,000 farmers, many of whom have strong ties to SDSU and SDSU Extension.” 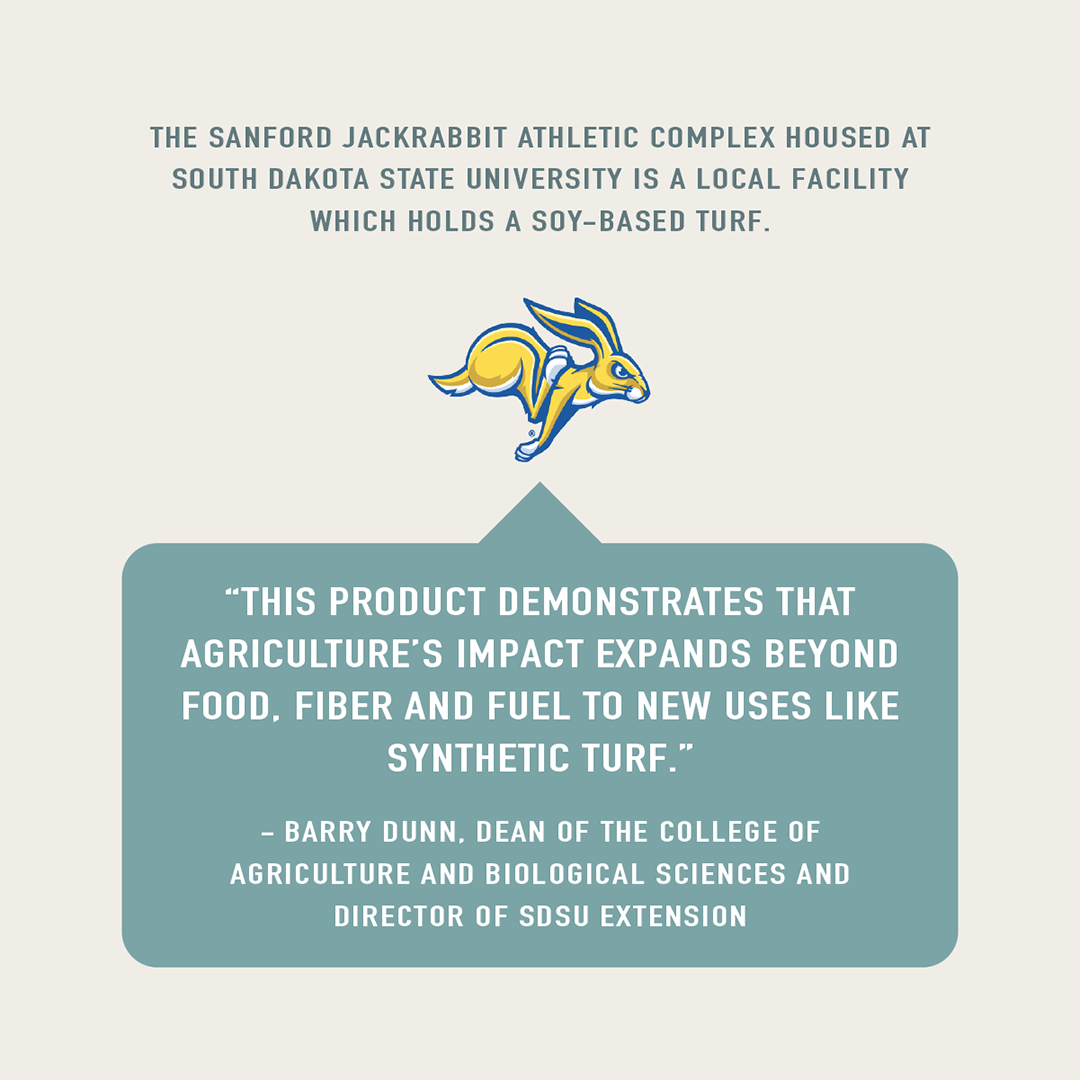 The vast potential of biobased products has created new markets for soybean farmers in the U.S. and farmers have invested millions of dollars to research, test, and promote these products. A byproduct of that research is the synthetic grasses made by SYNLawn. With the support of the United Soybean Board, SYNLawn has continued to grow and partner with large organizations to create interactive experiences for adults and children to learn about soybeans and the importance agriculture has on all of our lives.

In 2021, SYNLawn grabbed another big football partner, but this time in the NFL. The partnership with the Indianapolis Colts will feature a soy-backed SYNLawn artificial grass to be used during pre-game and traveling educational exercise activities. The popular Touchdown Town’s 40-yard dash will now be across an SYNLawn soy-based, synthetic turf. At Lucas Oil Stadium and all around the state at the Colt’s traveling interactive football experience, kids will be able to learn about football, fitness, and soybeans. 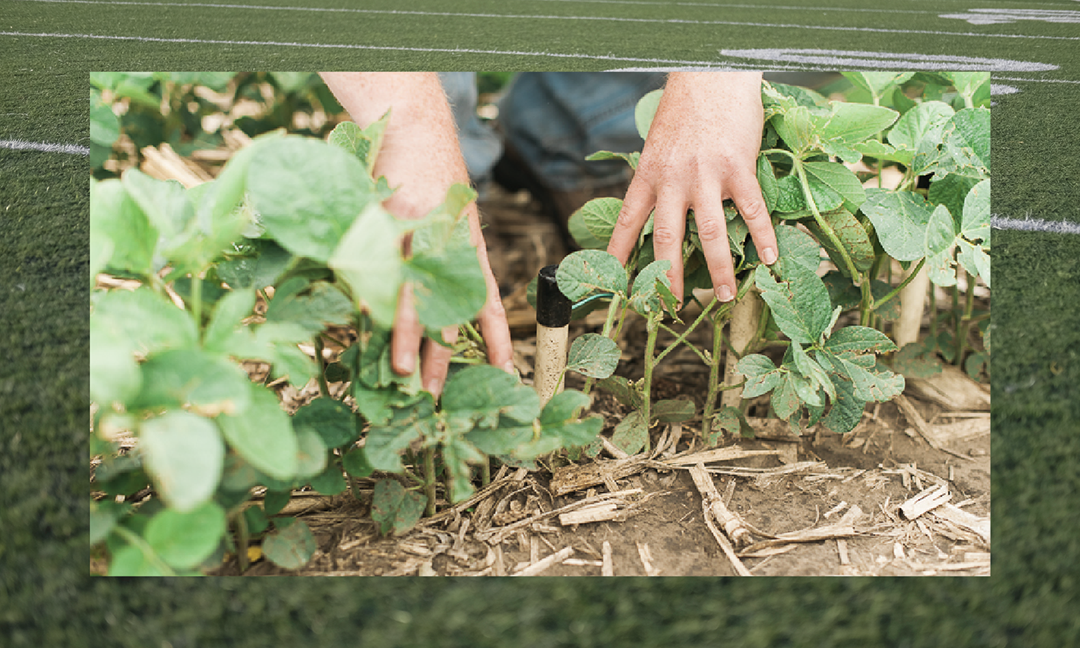 These different partnerships, where you would never think to find agriculture so deeply rooted,  provide further education on the benefits offered by the U.S. soybean farmers and their crops. It also proves the impact soybeans and other biobased products have in their own industry, but the new ones that they are building into as well.

Read more about the incorporation of soy-based turf and biobased products here. Curious about other unexpected uses of soy? Check out our previous blog about Five Uses for South Dakota Soybeans.