Take the chill out of winter by preparing this heart- and hearth-warming potato soup. It’s a good choice any day of the week. Potatoes are the third largest food crop in the world. Did you know that Clark, South Dakota, hosts an annual celebration of the potato? The main attraction is mashed potato wrestling matches.

The USDA and FDA recently gave clearance for improved versions of existing potato varieties created through a proprietary biotechnology process called Innate™. Innate potatoes contain genes from wild and cultivated potatoes and are designed through biotechnology to resist bruising and browning. They also have reduced amounts of an amino acid that generates acrylamide, a naturally occurring chemical compound found in starchy foods, when cooked. Biotech crops like Innate are tested an average of 13 years by regulatory agencies before being approved for farming. 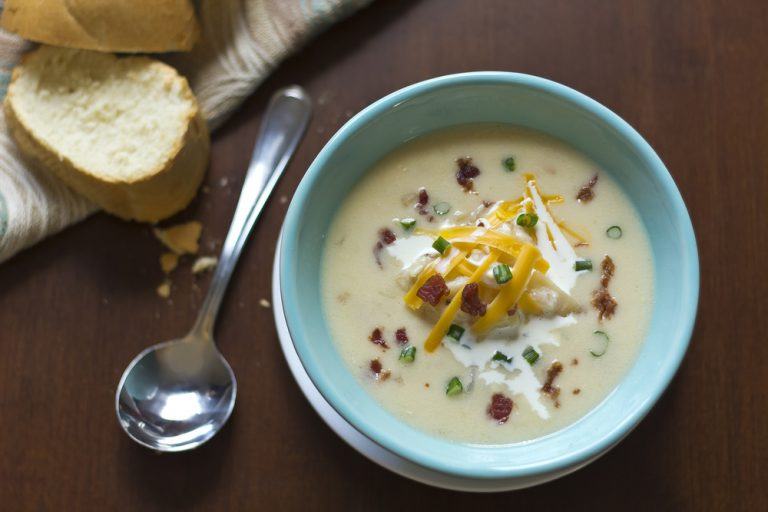