Americans love bacon, and it’s easy to tell why. From a crispy breakfast side dish to a salty addition to sandwiches, there are so many recipes to discover that utilize bacon. Here in South Dakota, you’re most likely to find bacon served in homes throughout the state. Did you know that the journey from land to plate starts with soy? That’s right, many animals, including pigs, are powered by soybeans!

Animal agriculture produces a high-quality protein in the form of beef, pork, poultry, dairy, and more. Much of that protein started as soy! One of those favorite proteins is bacon! 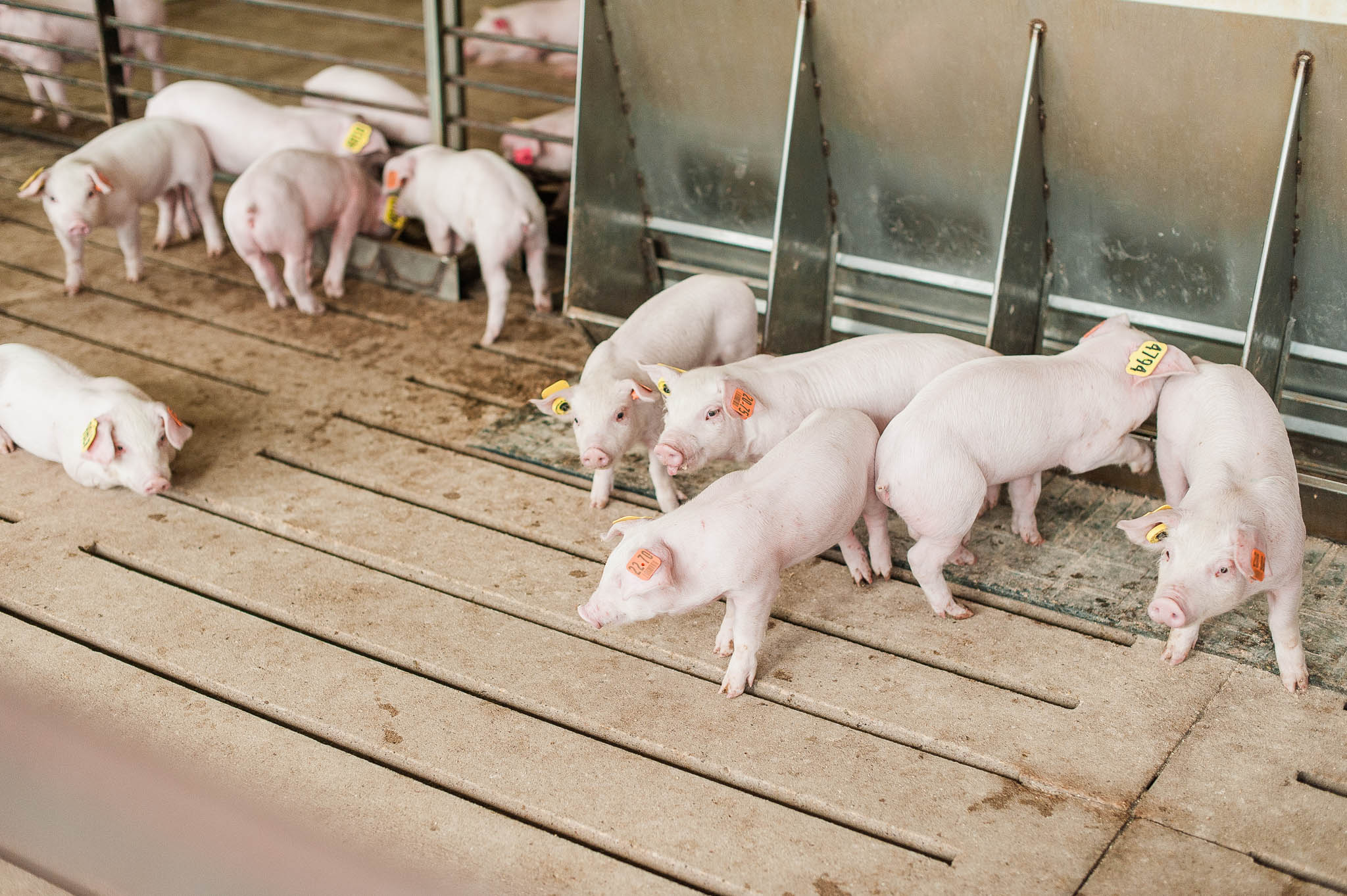 To get the soybean meal to the pigs, first, the soybeans go on a bit of an adventure. Once harvested, the farmer sells the soybeans to a grain dealer. The beans go to all sorts of different destinations!

Then, the soybeans are processed. A 60-pound bushel will yield around 11 pounds of crude soybean oil and 47 pounds of soybean meal. The soybean meal is then sold to livestock producers for feed. That’s quite the journey!

When it comes to soybeans, pigs are the largest soybean meal customer in South Dakota. Pigs count for 61% of the state’s soybean meal usage. With more and more pigs to feed, it makes perfect sense for South Dakota soybean farmers to partner with the agriculture industry. As the demand for meat exports grows, the need for livestock feed, including soybeans from South Dakota producers, grows.

Just as protein plays an essential role in our diets, pigs rely on protein to grow. That’s where soybeans step in. Soy is a leading protein source for animal feed. A checkoff study shows that soybean meal increases weight gain and feed efficiency in growing pigs.

“It is very difficult to replicate the naturally balanced value bundle of soy that animal nutritionists recognize as a staple ingredient in swine and other animal diets.”

The next time you fry up a plate of sizzling bacon, you can thank soybeans for boosting the nutrition in pigs’ diets. From soybeans to pigs to bacon. Isn’t it amazing?

Now that you know the role that soybeans play in pig diets, it’s time to pass the bacon! Visit our recipe blog to find delicious bacon recipes. To learn more about the role that soy plays in animal agriculture, click here.