Q: How did soybean farming begin in South Dakota?

A: I don’t know if it is recorded who first grew soybeans in South Dakota. Soybeans were first grown in the SE part of the state. In 1920 South Dakota College-Agricultural Experiment Station published a bulletin describing the history of the soybean plant. The bulletin contained yield data from 1914-1920. The 7-year yield results were 16-22 bushels per acre. Current yields are 45-75 bushels per acre. 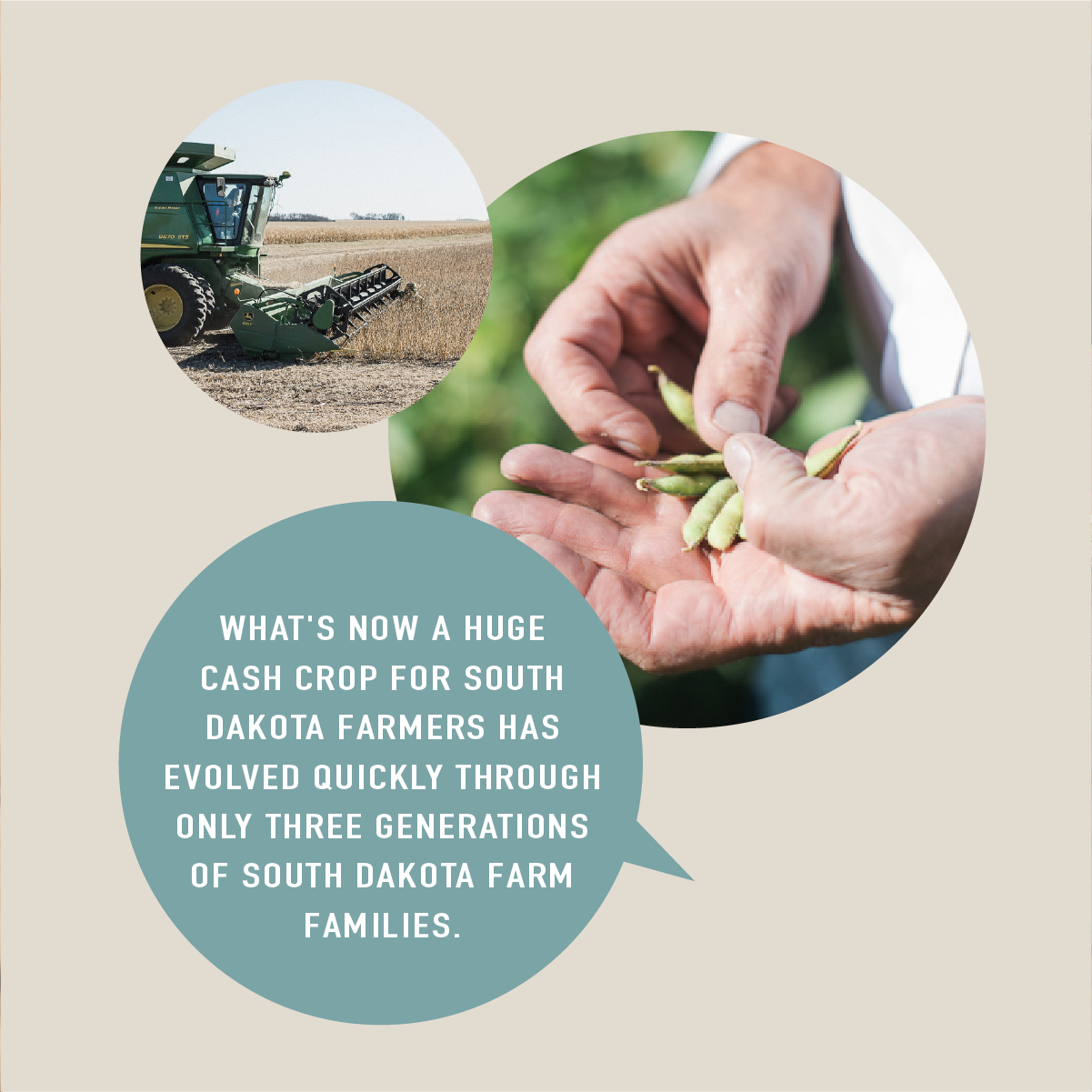 Q: How did soybean farming evolve to where it is today in South Dakota?

Q: What is something people might not know about the history of soybeans?

A: In the early years of soybean production in South Dakota, the harvest was done with threshing machines. In my community, the first combines were used in the 1940s.

My grandfather was the first one to have a combine in our community. He purchased a Massey combine in 1943.

There were no hydraulics or electrical components used in the early combines. My combine uses electronics and hydraulics to perform most tasks. 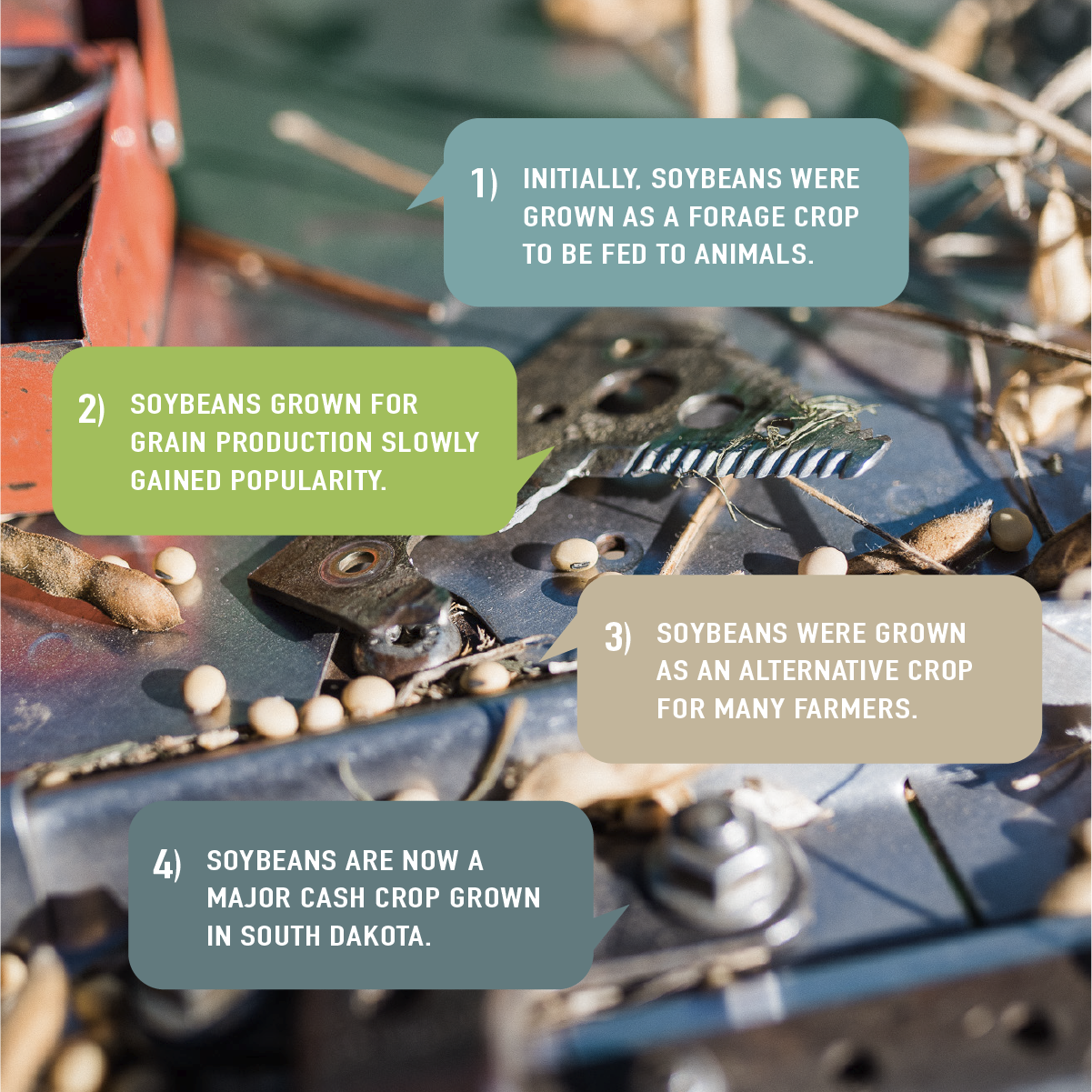 It is always important to remember how things were done in the past. We can gain an appreciation for the challenges that farmers before us had to endure. It is amazing to see how soybean production has grown in South Dakota. I am proud to be involved in an industry that takes pride in producing a sustainable crop that provides feed, fuel, fiber, and food for the world.

The way soybean farming has been passed from generation to generation and improved upon throughout time is fascinating and reflects on our South Dakota farmers’ incredible work. For more South Dakota farming history, check out our blog on Planting From the Perspective of a Sixth-Generation Farm.