How are SD soybeans being used in the production of biodiesel?

“When you process soybeans and start the process of getting soybean meal, the byproduct is soy oil,” Tim explained. 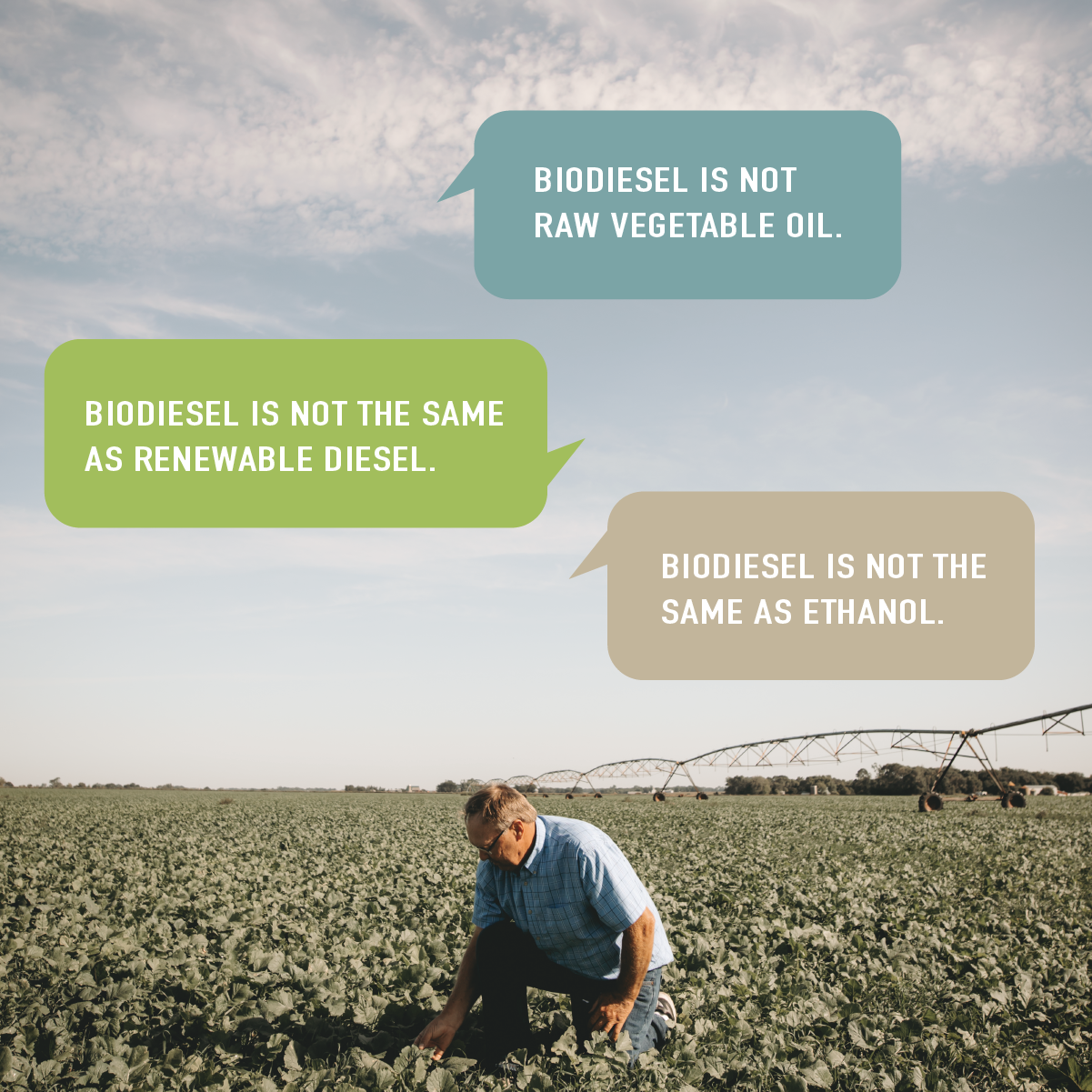 That soybean oil can be refined even further and used to produce this renewable fuel. At one time, soybean oil was a byproduct without much value other than some food uses, but it’s been expanded into many roles, Tim said.

How is biodiesel impacting SD farmers and consumers?

The ability to produce this fuel out of soybean oil has added tremendous value for South Dakota soybean farmers and has added an extra 13% into their pockets in the last decade.

“When you can add value to the bottom line of the South Dakota farmer, that turns into expanding the economy because farmers are very good at patronizing businesses in the state,” Tim said.

South Dakota consumers can also benefit from using this clean fuel. Use this location tool to find biodiesel distributors and retails in South Dakota. 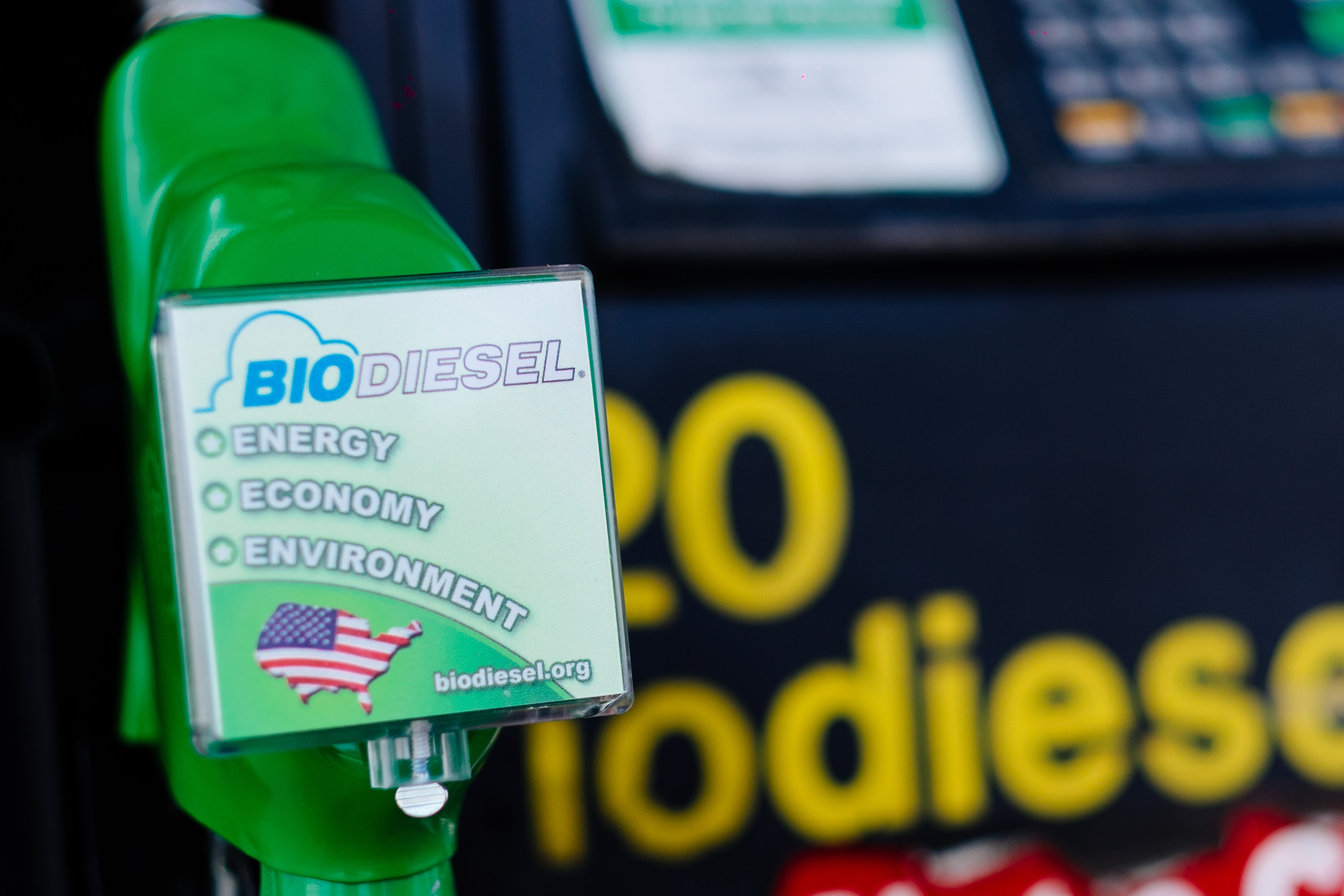 Why is it important from a sustainability standpoint?

Biodiesel is a renewable product and a sustainable alternative to crude or diesel oil. Every year you get a new crop of soybeans, and a new crop of oil, Tim said. It’s also environmentally friendly.

“If you had a spill of biodiesel, there would be a lot fewer environmental issues than if you had a crude oil or a regular conventional diesel spill,” Tim explained.

It is currently being used in diesel engines and other existing infrastructure without modification. This means semi-trucks, bulldozers, buses, boats, heating systems, and more can all use this clean fuel.

“People in California love biodiesel because it creates cleaner air in the cities. The same thing with the East Coast, the trucks are emitting cleaner air,” Tim said. “A lot of buildings that use fuel oil to heat their homes, heating oil, are converting to a higher blend of biodiesel so that they have better air quality and less asthma.”

Some schools on the East Coast are looking to make the switch to using 100% biodiesel to heat their schools, otherwise known as bioheat, in order to create a better air quality for their students, Tim said. 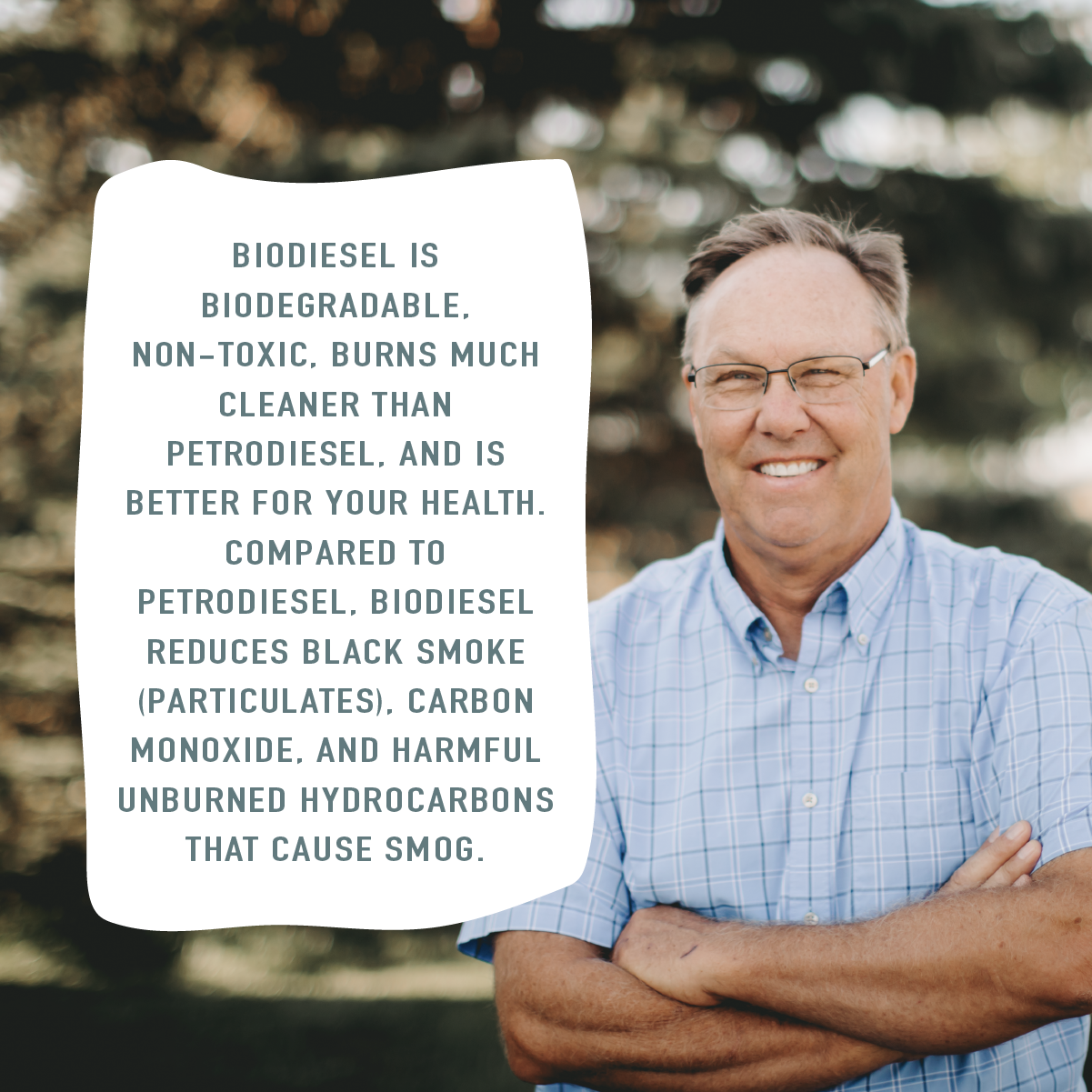 What is the future of biodiesel in South Dakota?

There are two main plants processing soybeans in South Dakota, one in Volga and one in Aberdeen. These plants don’t currently process soybean oil, but receive soybean meal and send soybean oil to other locations for processing.

“That’s one thing we’re hoping in the future that perhaps since we’re processing so many soybeans in the state that maybe some type of biodiesel plant could be developed in the state,” Tim said.

Tim said he also hopes biodiesel will become more readily available in South Dakota and continue to develop and expand that infrastructure.

To learn more about creative uses for soybeans in South Dakota, check out our blog on 3 Ways Soybean Asphalt Sealant is Beneficial.