There are a lot of choices to make at the grocery store. Frozen or fresh? Organic or not organic? What you may not realize is that some of the marketing phrases you see on certain food items, like pork products, may not mean what you think they mean. We caught up with local farmer and pork producer, Brent Greenway to clear up some common misleading marketing phrases on pork products.

“Anything that says no growth hormones added has just as much meaning as something that doesn’t have that label, because there aren’t any hormones allowed in any pork products,” Brent explained.

In order to place that specific label, a disclaimer also has to be added. It’s usually in fine print probably on the back that says no growth hormones are legally able to be used in pork production. 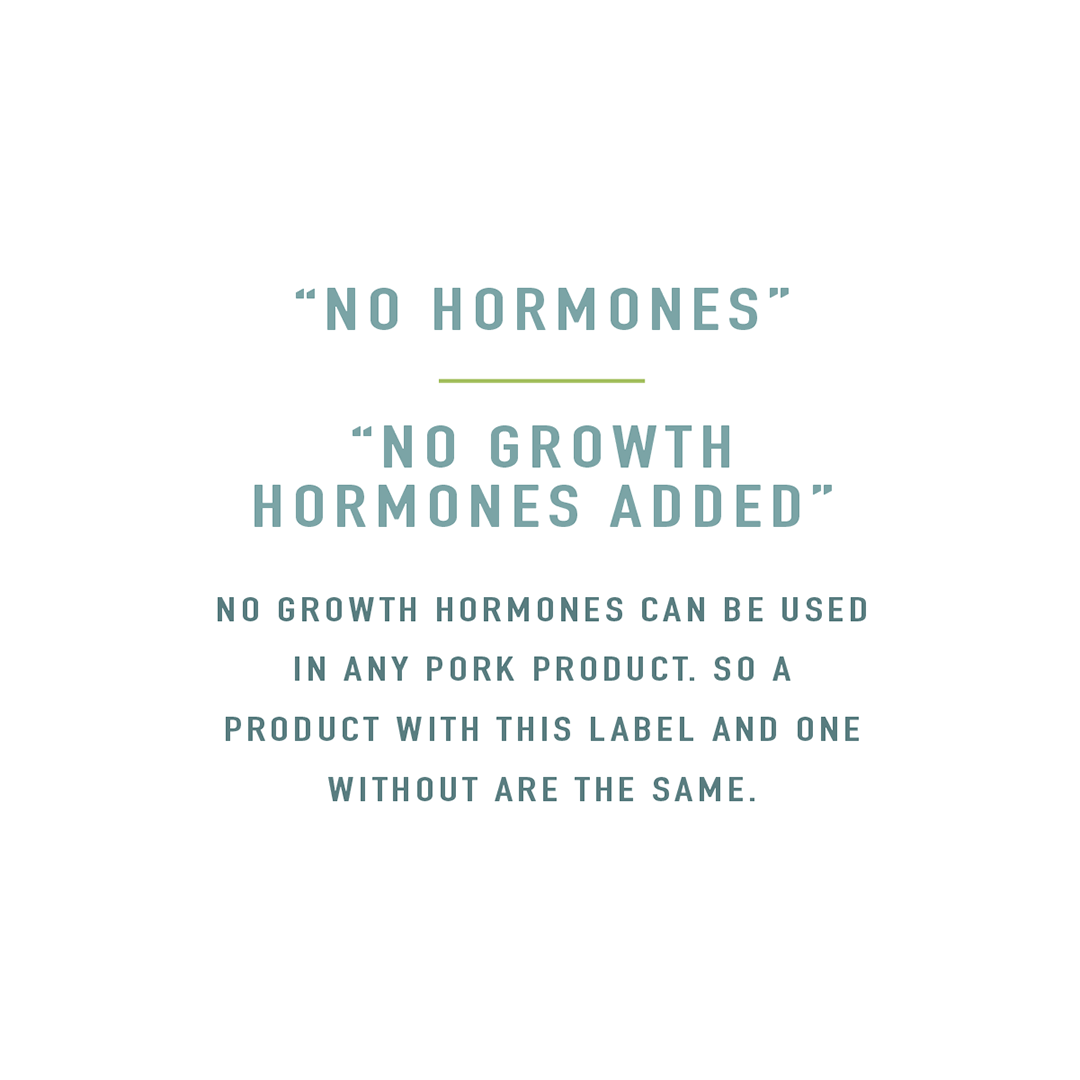 A similar misleading marketing label is“antibiotic-free.” You might assume that if you tested one package (with antibiotics) compared to one that didn’t use antibiotics, you would see antibiotics present in the one and not the other. That’s not the case.

“In order to use any antibiotics, legally, you’re following the recommendations that every antibiotic has a safe withdrawal time before the animal can be harvested,” Brent said. “They test the meat in the processing facilities to see if there is any antibiotic present in the meat. If that is the case, that animal will not go into the supply chain. It will be pulled out and the producer will be either fined or at the very least that meat will not be utilized and they will not get paid for it.” 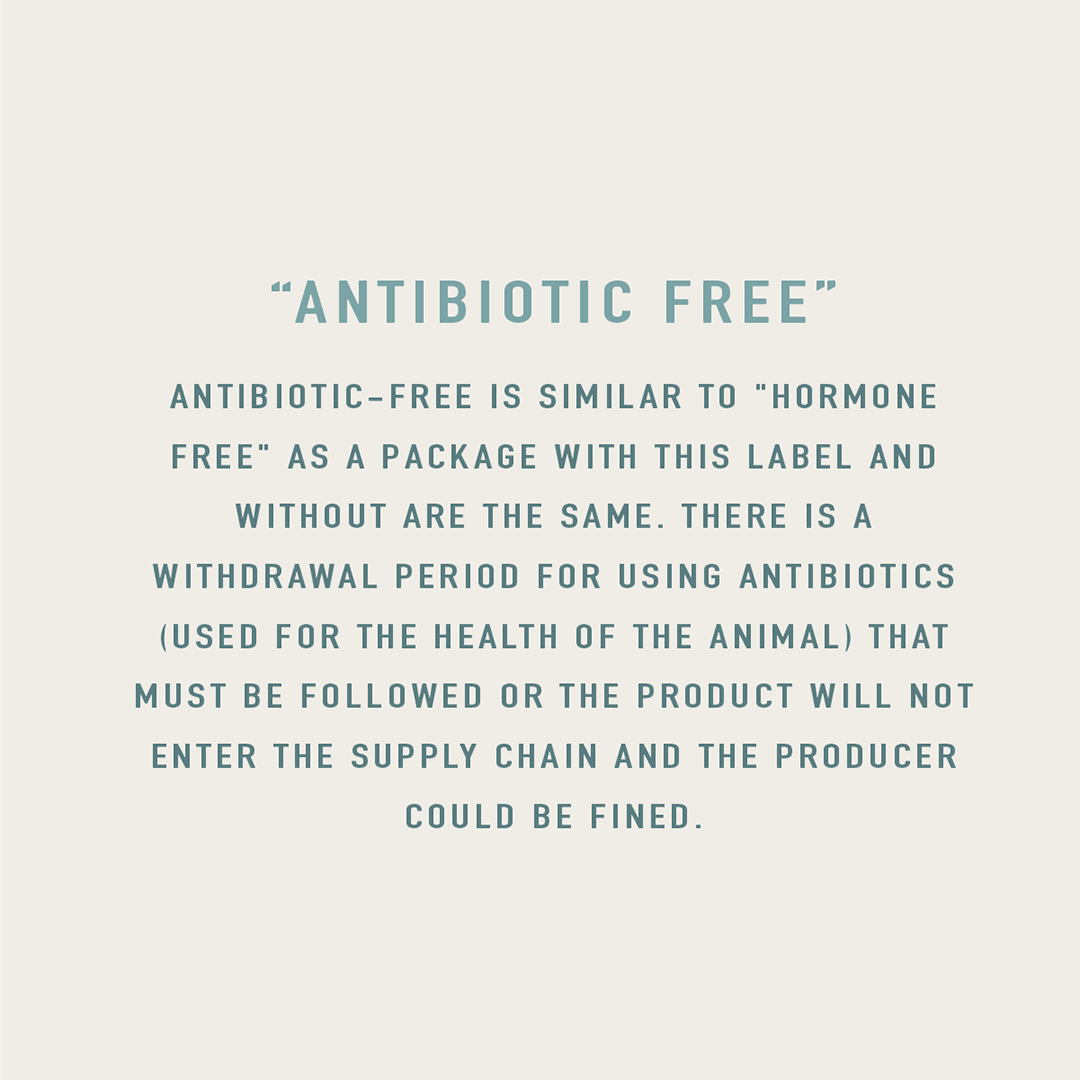 When farmers do need to use antibiotics, they use them in a safe, responsible way for the comfort of the animal.

“If they are sick for whatever reason, you would have to have to treat them, whether it’s on an individual basis, or if it’s an entire barn. Maybe they have a bug or something,” Brent said. “Antibiotics will help that. That’s a really big tool that we use to help create a safe product.”

The term “natural” does have some official guidelines it has to follow to be placed on a package. However, those guidelines have to do with the processing of the pork. It doesn’t have anything to do with how the animal was raised.

If it’s a natural product,  dyes or colorants cannot be used at all in the processing of the meat. So the term “natural” mostly has to do with the appearance of the product and the packaging.

“The biggest thing is educating yourself and understanding what the difference is. Is it a difference that matters? Do you have one that has a colorant added to it? If that’s important, then you should get the natural one,” Brent explained. 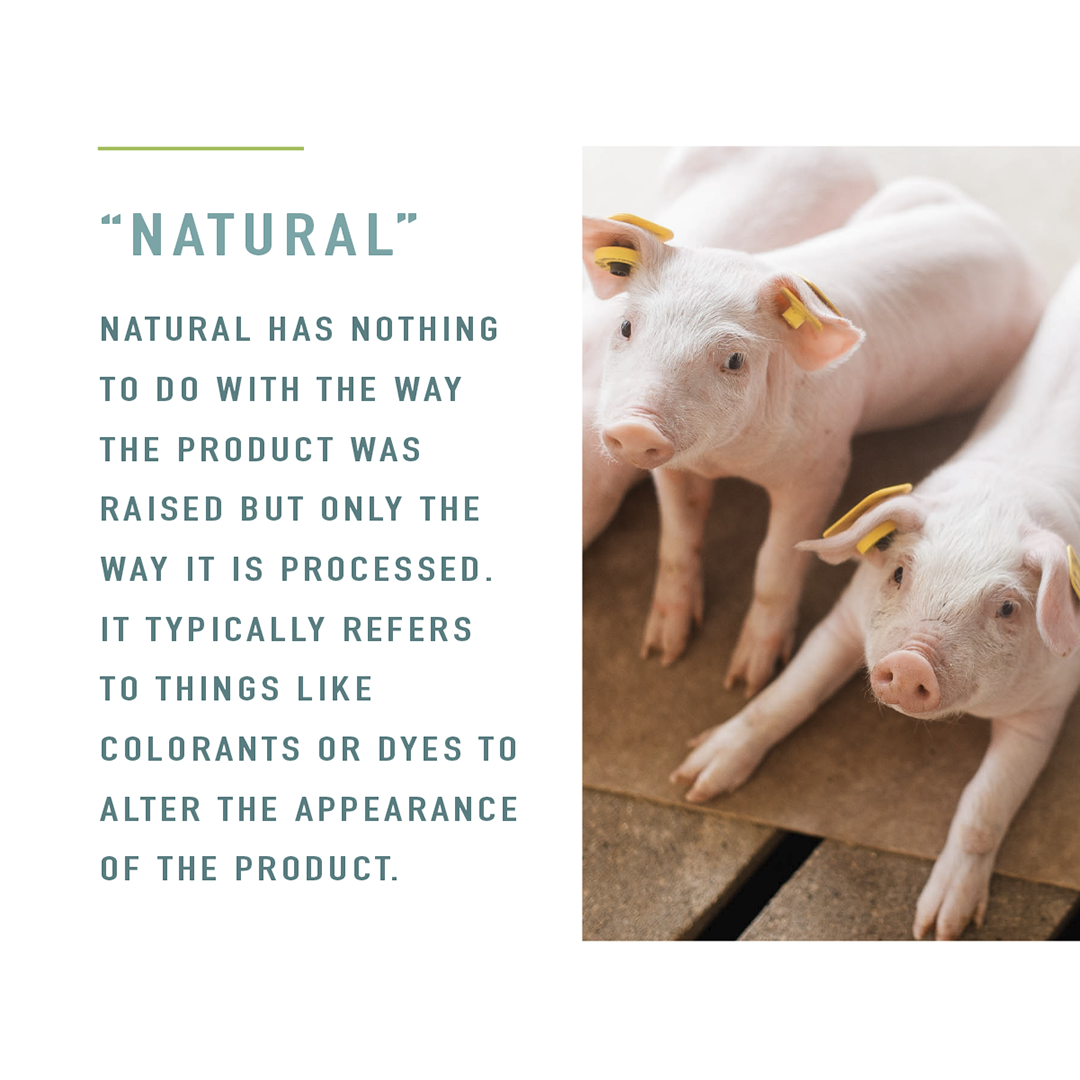 Another commonly used misleading marketing phrase is “humanely raised.” There’s no official regimen that the pigs have to go through in their lifetime at all. Some people may think that humanely raised means that the animals have to be let outside or follow a certain schedule, but pigs that are raised indoors are just as humanely raised as some that might be able to go outside.

“This one really hits home because that comes at our perception of the farmers and that the people raising that meat product are not doing what is right for the animal. And that’s absolutely not true,” Brent said.

All pork producers that sell products to a packing plant or a meat processing facility have to take a certification called “Pork Quality Assurance Plus” in order to sell their product. The farmer needs to know certain principles and the industry-accepted way to do raise pigs so that they’re humanely raised. Farmers take the exam, get licensed, and get their certificate. 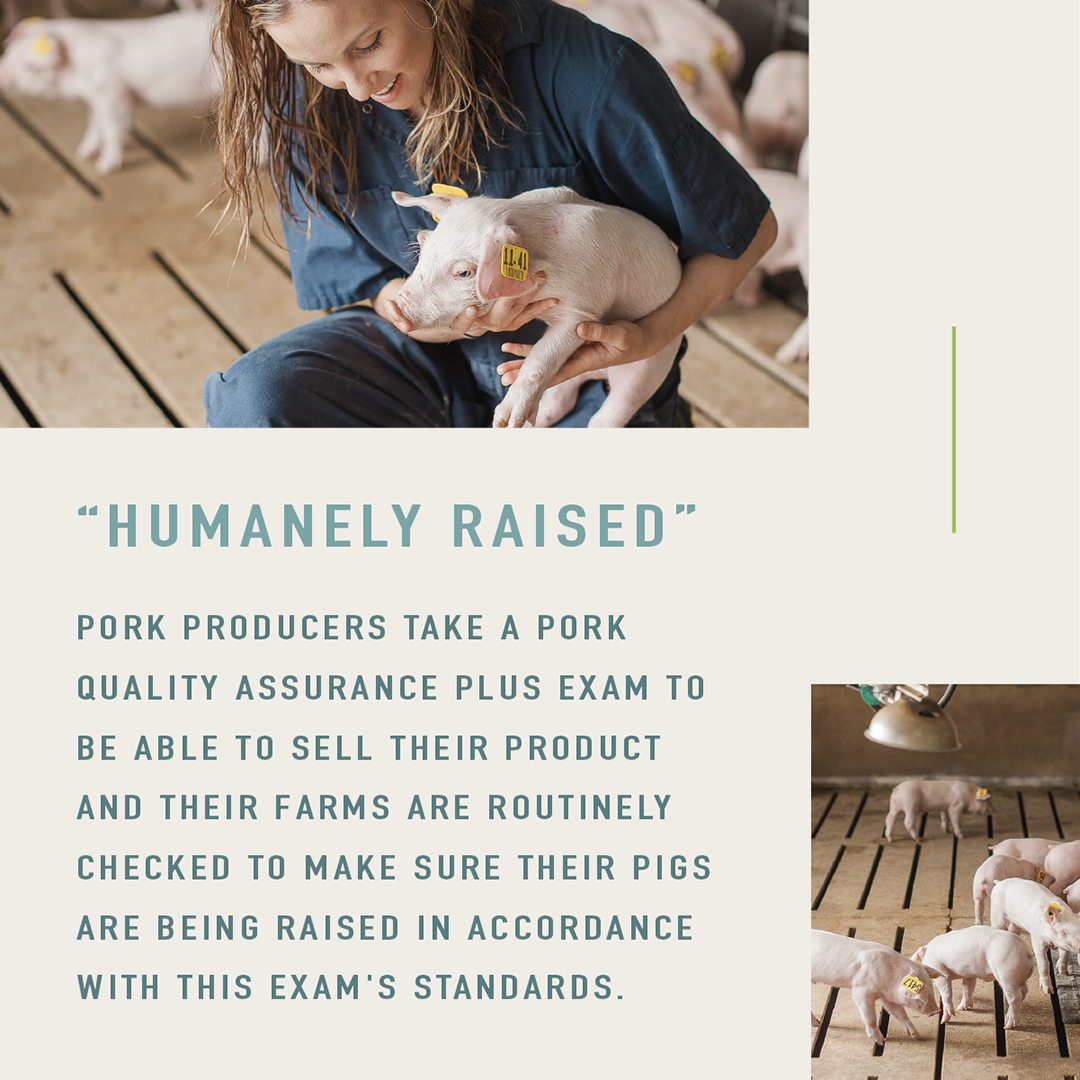 “Every so often you have to do a swine industry audit and that goes over your facilities. Usually, a vet will come through and look at your facilities and make sure they are safe for the animals, and check if they have proper bedding coverage. If you’re having an animal that’s raised outside or inside, make sure you’re not putting too many pigs in a certain space. They check that there are no hazards for the pigs, whether it be sharp items or things like that,” Brent said.

Rest assured that any meat you’re purchasing at the grocery store has been raised by a farmer who’s gone through many checkpoints to ensure their animals are being raised humanely.

“The biggest thing is these labels will make some misconceptions and possibly some trust issues. If there is a confusing label you may trust the person labeling the product more than the natural producer of it,” Brent said.

It’s important to be aware of what these misleading marketing labels really mean to not only be a smart shopper but support and trust our farmers’ work. They trust in the product they’re producing enough to feed it to their families and they know it is safe for your family too.

Are you ready to support our local pork producers and get cooking? Head over to our other blog where Brent shares his family’s Pork Pizza Burger recipe! Happy cooking!