While a lot of college students may say taking care of the environment is important to their future, most aren’t as deeply committed to improving the land and water as South Dakota State University student, Cassius Pond.  Cassius, who studies agronomy and precision agriculture in Brookings, spends much of his time in the field or classrooms exploring ways to make his parents’ soybean, corn and wheat farm more sustainable.

After Cassius graduates, he’ll be the fifth generation to return to the Pond family farm near Ipswich.

“We’re on the same ground we originally started with. The original homestead is about a mile south of the house where I grew up,” Cassius said. “It’s kind of neat to see where it all started and to carry on that legacy.”

Though he’ll be caring for the same land his great-great-grandfather did, Cassius plans on doing things differently than previous generations. When he went to college, his dad urged him to take classes in precision agriculture to learn all he could about technology so he could bring that knowledge home. The Ponds recognize precision agriculture is here to stay. Almost 43 percent of U.S. soybean farmers are already using precision technology to improve efficiency. 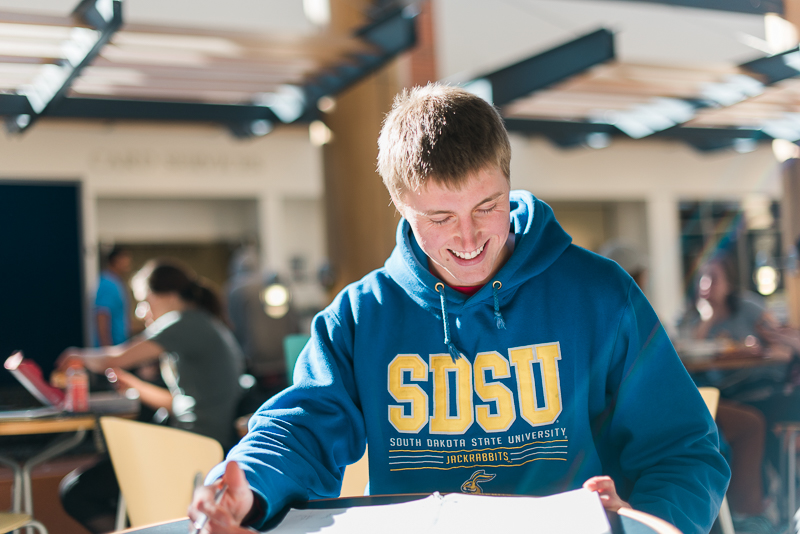 “Technology is getting integrated into every facet of the farm. It lets farmers know more details about their crops, which helps them be precise,” Cassius said. “The computers we have in the planter, for example, allow us to understand how much seed to plant and where. We have a lot more control over where things are going.”

Technology isn’t just useful while planting. It also helps farmers understand exactly how much water, fertilizer and pesticides their crops need to be healthy. This ensures nothing is wasted, which helps protect the land for future generations. The numbers show it’s working. In the past 30 years, U.S. farmers have increased soybean production by 46 percent while using 35 percent less energy.

“Using technology is just second nature to me and my siblings. When we’re working on an ag program or software, it’s easy for us to pick up how the software works,” Cassius said. “As more millennials come into farming, you’re going to see more and more technology on the farm.”

Technology aside, his time at college also taught him that farming is complex and there’s always room for improvement. For many farmers that’s what sustainability is all about: Paying attention to the most basic elements – the soil, water and sun – to leave the environment in better condition for the next generation. 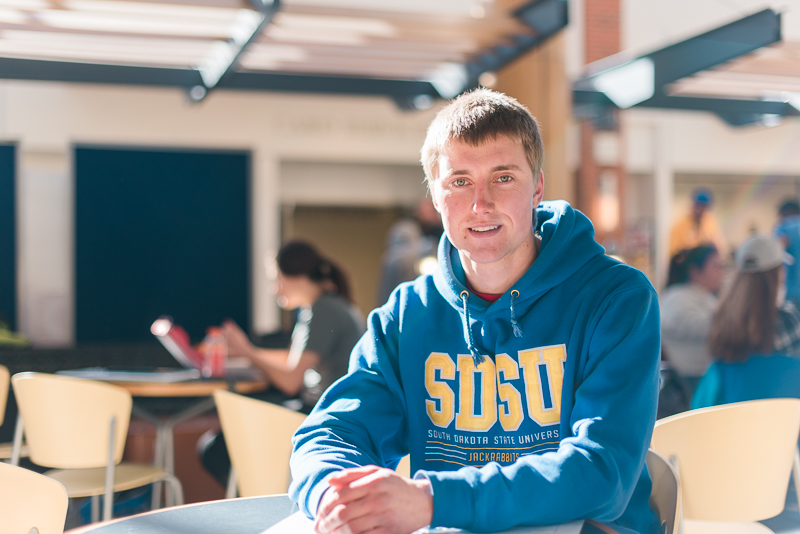 “When I came to South Dakota State, I had no idea there was so much you could learn about dirt!” Cassius said. “I was like, ‘Oh, it’s just dirt; the stuff that covers the ground.’ Now I’m like, ‘No, it’s soil, not dirt.’ I took whole classes on chemistry and soil that made me think, ‘Wow, I never would have thought twice about this.’”

Want to meet another young farmer who is shaking things up in South Dakota? Read this profile of 29-year-old farmer Morgan Holler from Pierpont.