Not many farmers can say they’ve cultivated their South Dakota land for nearly 90 years. But then again, Eunice McGee of rural Colton wasn’t your typical farmer. Affectionately known by her friends and neighbors as the “Iris Lady,” Eunice not only tended a flower garden with 180 varieties of rare irises, she was also great at growing corn and soybeans on her family farm.

Eunice passed away in 2018 after selecting the seed for the coming growing season, new iris varieties for her garden and ensuring her daughter, Deb Langrehr, had all the knowledge she needed to take over the farm. This included knowling which pies and cookies to bake for the harvesters in the fall and taking farm business classes as part of Annie’s Project.

Though no longer with us, Eunice lives on through the many lives she touched and irises she shared with family neighbors and friends. The family honors her by continuing to host iris parties where people who knew Eunice can select a flower to take home and plant. The family will also donate irises to the Mary Jo Wegner Arboretum in Sioux Falls.

Hungry for Truth fans who didn’t get to meet the Iris Lady can get a feel for the legacy she leaves by reading the original story below. 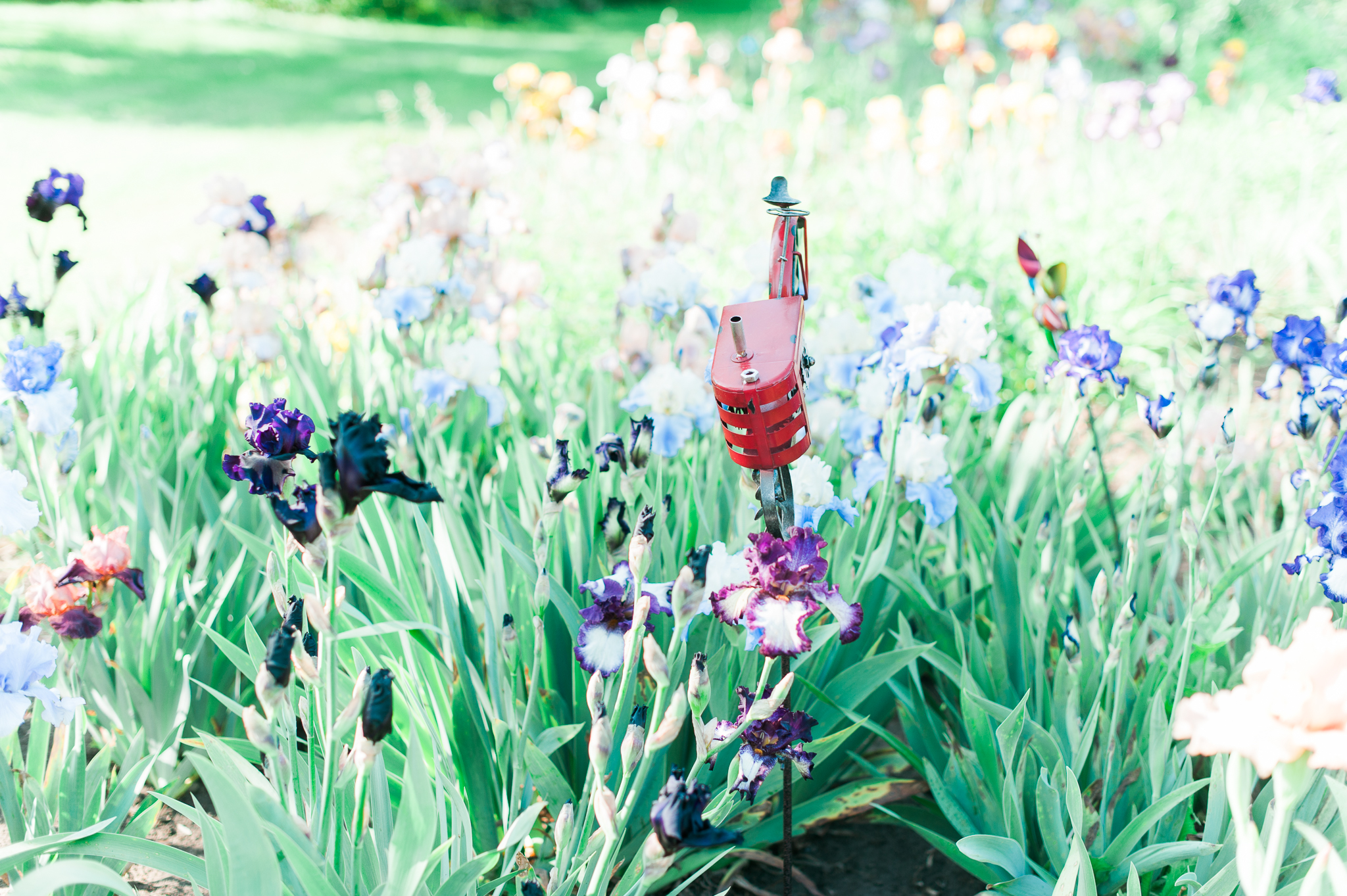 “I’ve been farming since I was 10 years old. I used to drive a team of horses alongside a one-row corn picker with my father. I’d stay with the wagon until it was full,” said Eunice, who turns 97 later this year. “Now I use my iPhone to check the farm markets to decide when to sell my crops. I think I’ve seen more changes in farming than anyone else around here. We just continue improving.”

With her eyes on the future and her knowledge of the past, Eunice embraces farm technology and new practices while staying committed to being a good neighbor and growing safe and healthy crops. 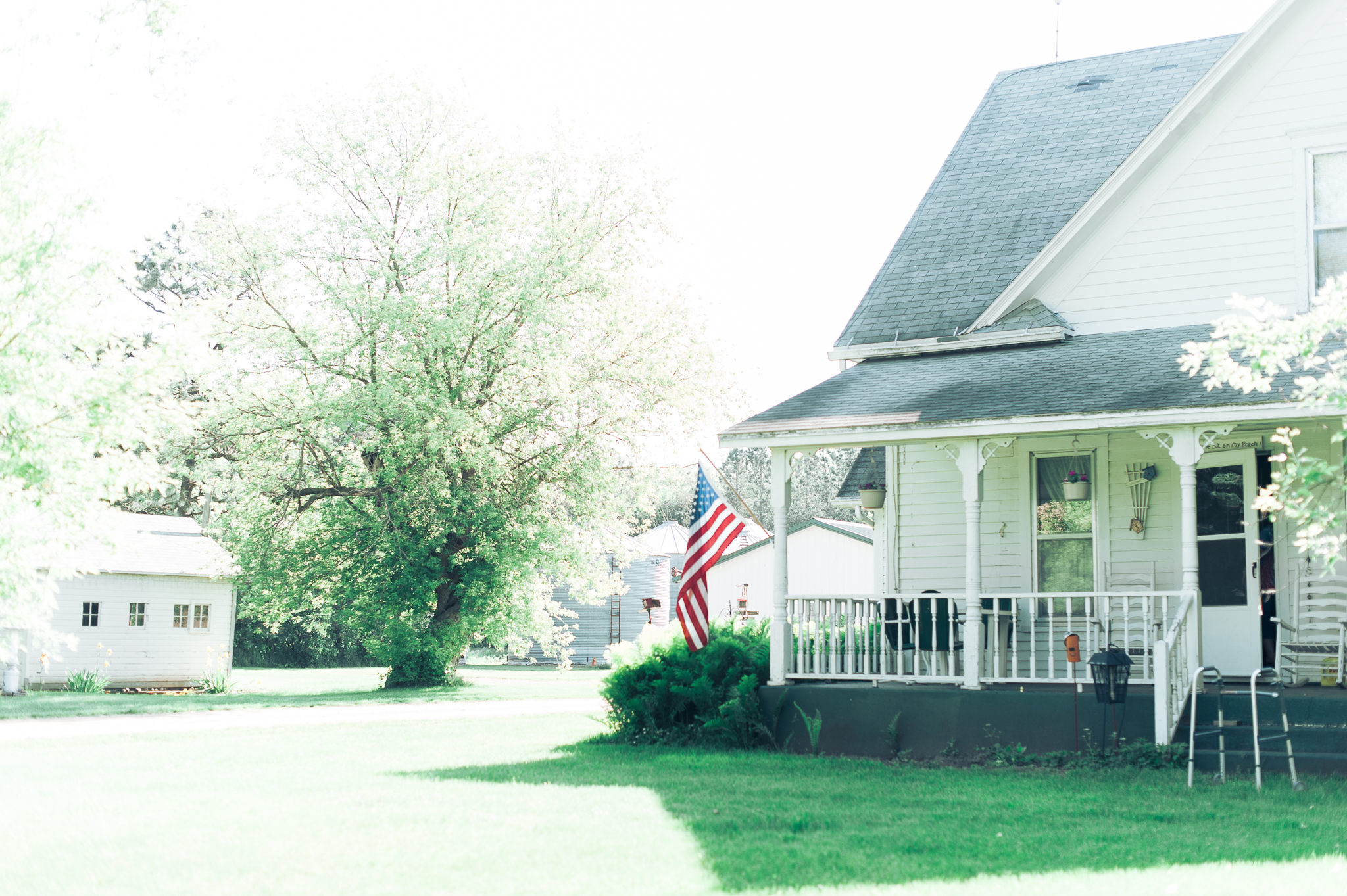 Though it was hard to give up the horses, she was the first woman in her area to purchase her own tractor, a move that caught the banker off guard. She also began planting GMO corn and soybean seeds when the technology became available because they require less water and pesticides to protect the plants. She said that, despite all the changes she’s seen in farming, she still feels safe eating food that’s grown and raised on farms.

Her son-in-law Tom Langrehr and neighbor Dan Fladmark tend to the day-to-day field work while her daughter Deb takes care of the bookkeeping. Eunice actively maintains massive gardens of irises, tulips and day lilies, delivers equipment parts to the field and is the key decision-maker when it comes to managing the farm. Her neighbor, Jeff Thompson, enjoys stopping in to see the flowers, finding out how her crops look and discussing market trends, which Eunice has at her fingertips. 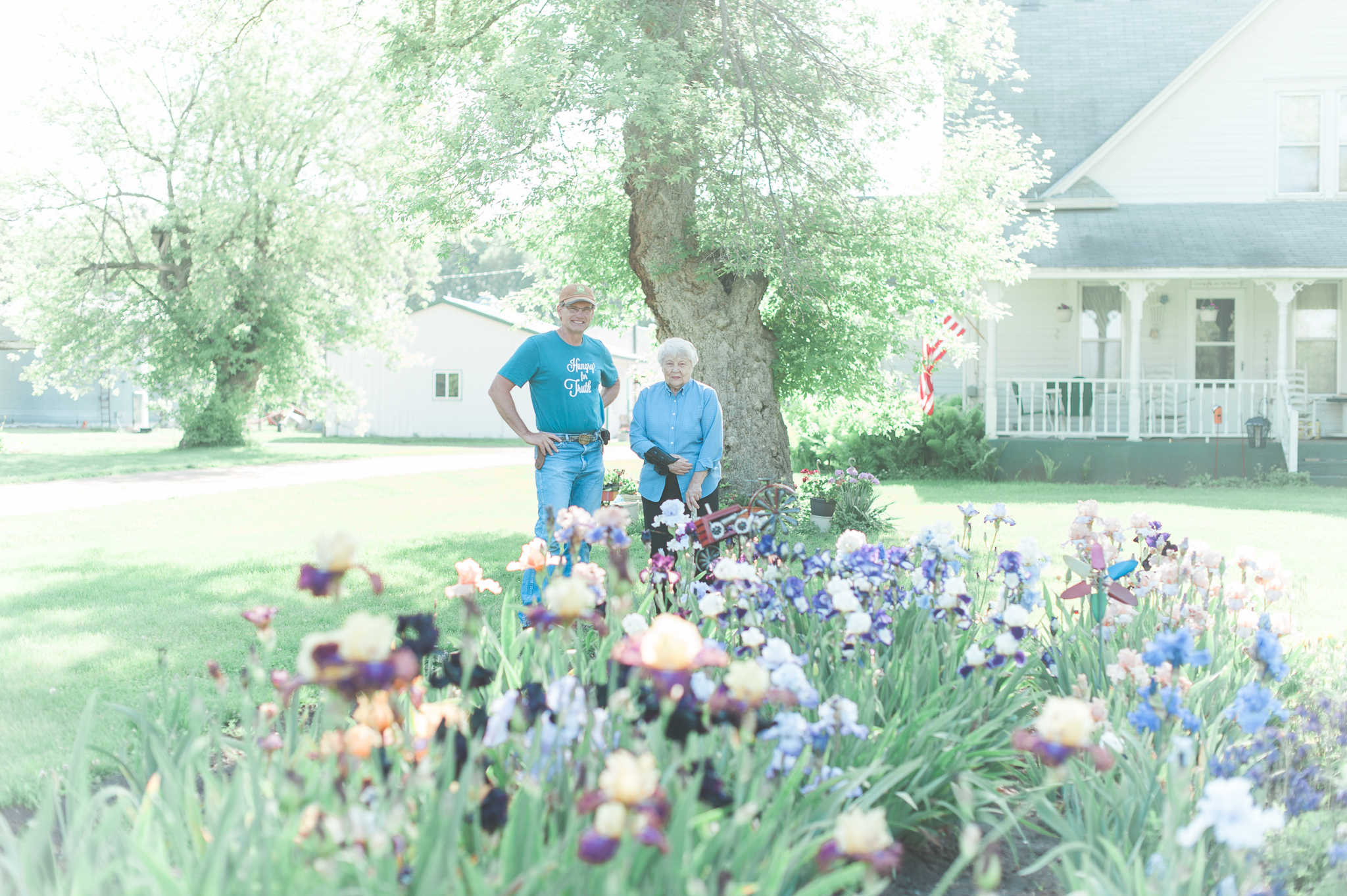 Every year, she determines which seeds to plant, where to plant them and when to sell her crops. She also works with the local co-op to spray pesticides when needed and harvest her soybeans and corn because she doesn’t own a combine. There’s no doubt farming is in her blood, and she has her grandfather Lars to thank for it.

Lars Berven came to the United States from Norway in the late 1800s with hopes of finding land and starting a family. After a brief time in Wisconsin, he headed west and settled on 160 acres in Sioux territory. All he had to do was plant crops and tend to them for a year and the land would be his for free. The natives were friendly and eventually named the farm Minnewawa Farm after the “gentle waters” that flowed in a nearby creek. That was 1875.

By the time Eunice came along in 1920, her father had taken over the family farm and grown it to 320 acres. She farmed alongside her grandfather and father as they expanded to the 805 acres she manages today. When she got married to her late husband JC in 1943, they moved to a new farm just two and a half miles away. In addition to growing crops, she also raised chickens for eggs and maintained a garden full of vegetables over the years.

“I just love being outside,” said Eunice. “Farming gives me the opportunity to be outdoors with the animals and nature.” 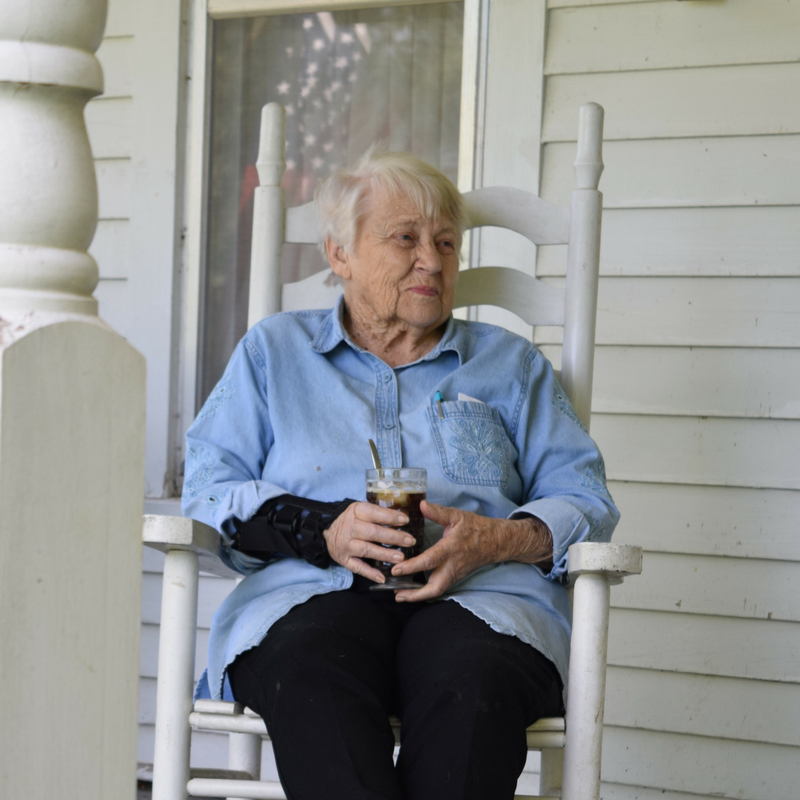 Another thing she loves to do is cook meals from scratch to feed the combine crew who harvests her crops. Typically, the crew pushes through harvest without breaks, but not on Eunice’s farm. She gets them out of the field with mashed potatoes and gravy and sends them home with their favorite pies.

“The world is so fast paced these days. On our farm, we take meal breaks to slow down a bit, enjoy our blessings and talk to each other,” said Eunice. We couldn’t agree more. Conversations around the dinner table are one thing that should never go out of style.

Enjoy reading stories about real South Dakota farmers? Here are a few we think you’ll like:

The Rise of the Small-Scale Millennial Farmer

Cooking and Family are the Center of This South Dakota Farm