Spring isn’t just time for planting in South Dakota. On many farms and ranches, the warmer weather and extra hours of daylight usher in a different kind of excitement: calving. Chad and Heidi Schooley are two of more than 17,000 cattle ranchers in the state who raise beef as part of a cow/calf herd and feedlot. That means they care for most of their cows from the day they’re born until they’re sold. 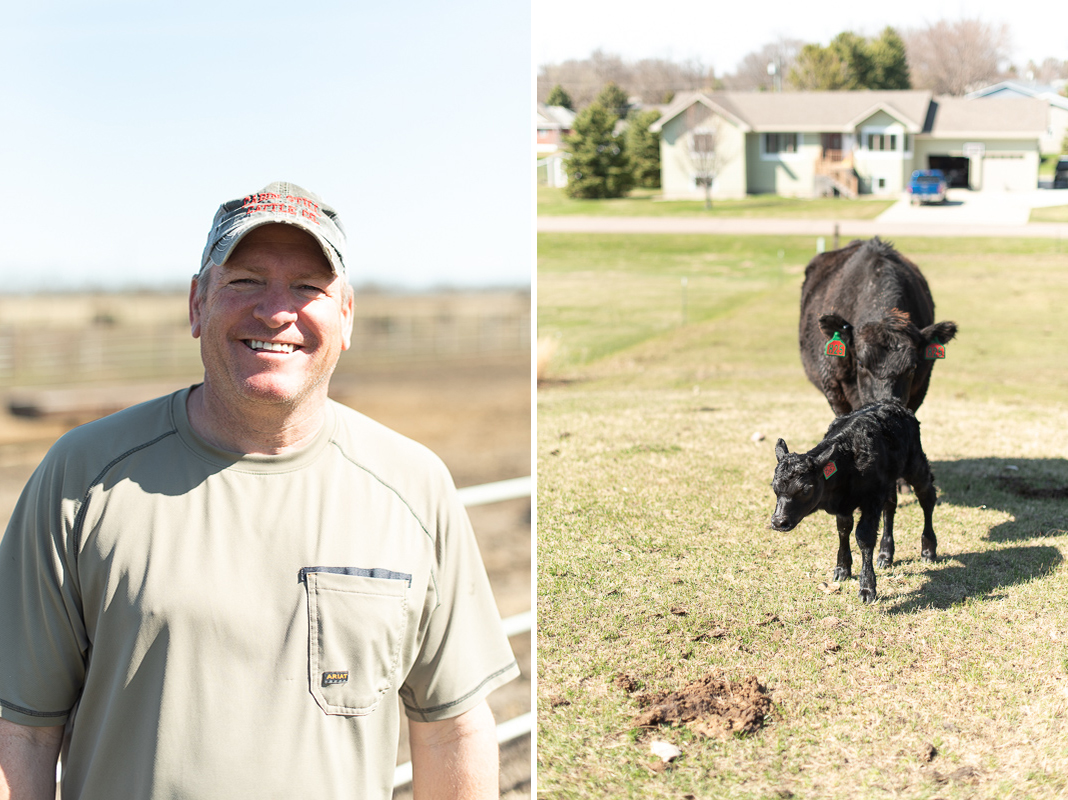 Chad is the fifth generation in his family to grow soybeans, corn, oats, rye, alfalfa and cover crops plus raise livestock near Castlewood. He grew up and still lives in the same house his mother and his grandmother called home. The house and land where the calving happens is actually located within city limits, so his neighbors get a firsthand view of the calving and feeding action. 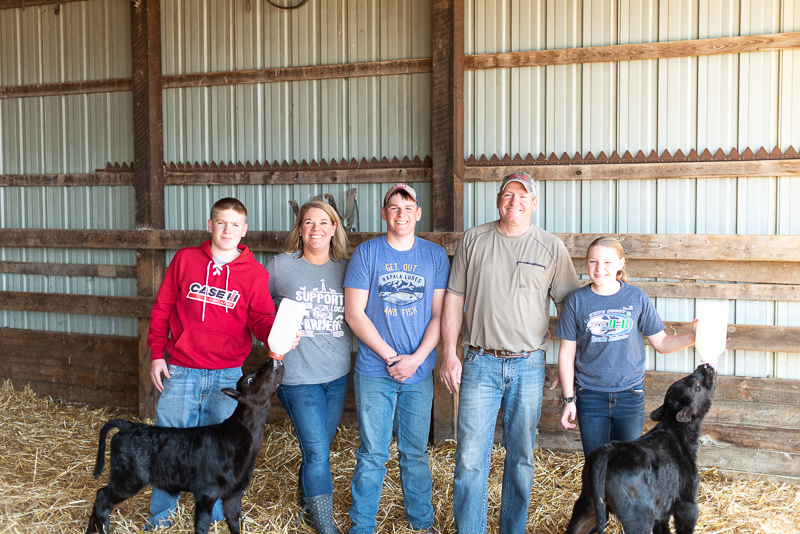 “Our neighbors love it. Their only complaint is when it’s time for the cows and calves to leave for their summer pastures in June,” said Chad. 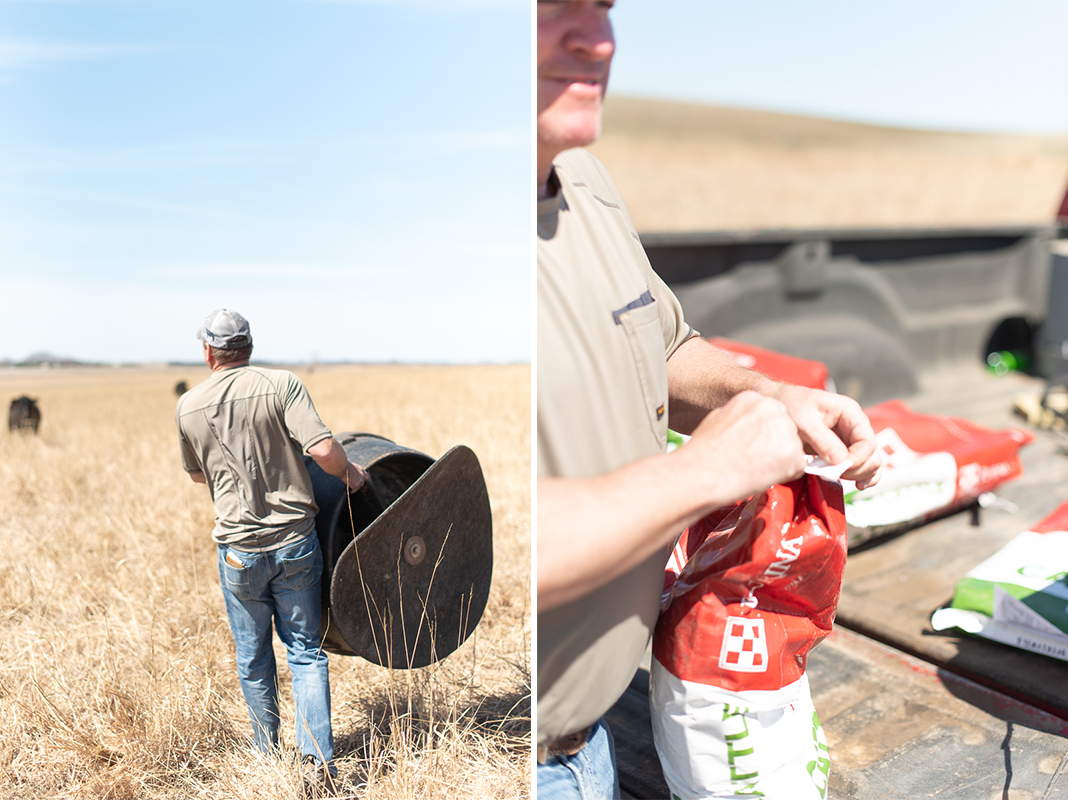 The process begins almost a year in advance, since cow pregnancies last about as long as humans. During that time, they enjoy eating grass, cover crops and silage in pastures as well as other feed ingredients prescribed by an animal nutritionist. Chad and his family check on the herd regularly to make sure they’re healthy and safe. As their due dates approach, the family rounds them up and brings them to nearby pastures and barns so they can keep an even closer eye on them. 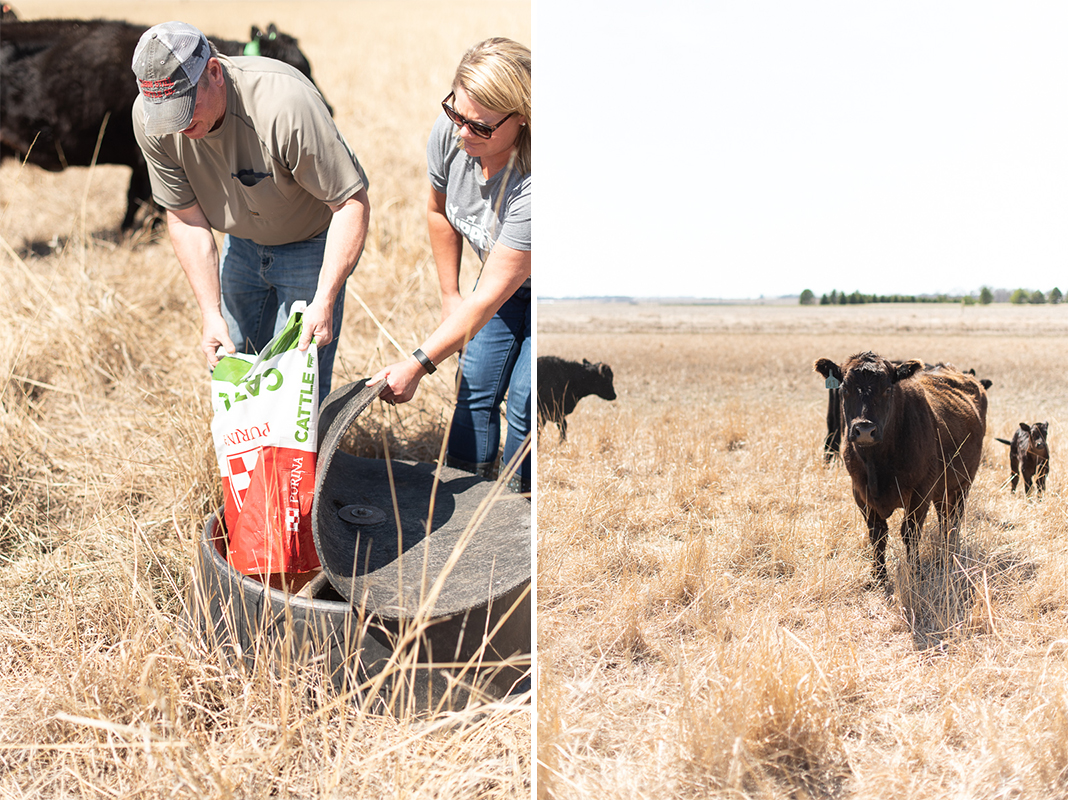 So what’s it like to be on the Schooley ranch during calving? Let’s take a look.

At 6 a.m., Chad heads out to start feeding the cattle at the feedlot. Around sunrise, the kids join him to ensure the bottle calves get plenty of nutrition. Bottle calves are babies that do not have a mom actively caring for them. According to Chad, this happens sometimes with twins when the mama cow only pairs up with one. When it does, the kids are always ready to step in and help. 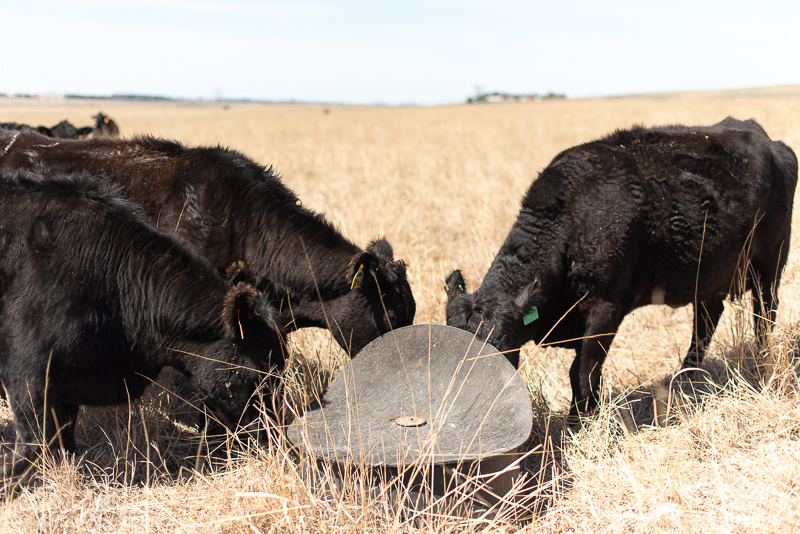 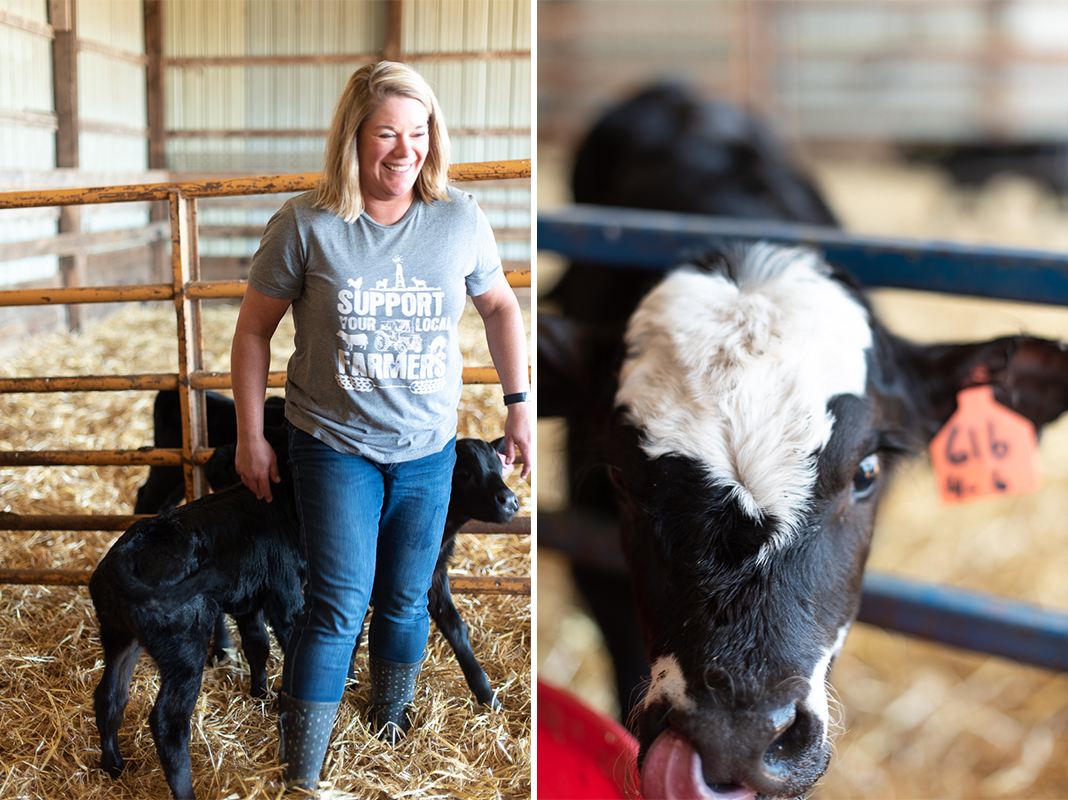 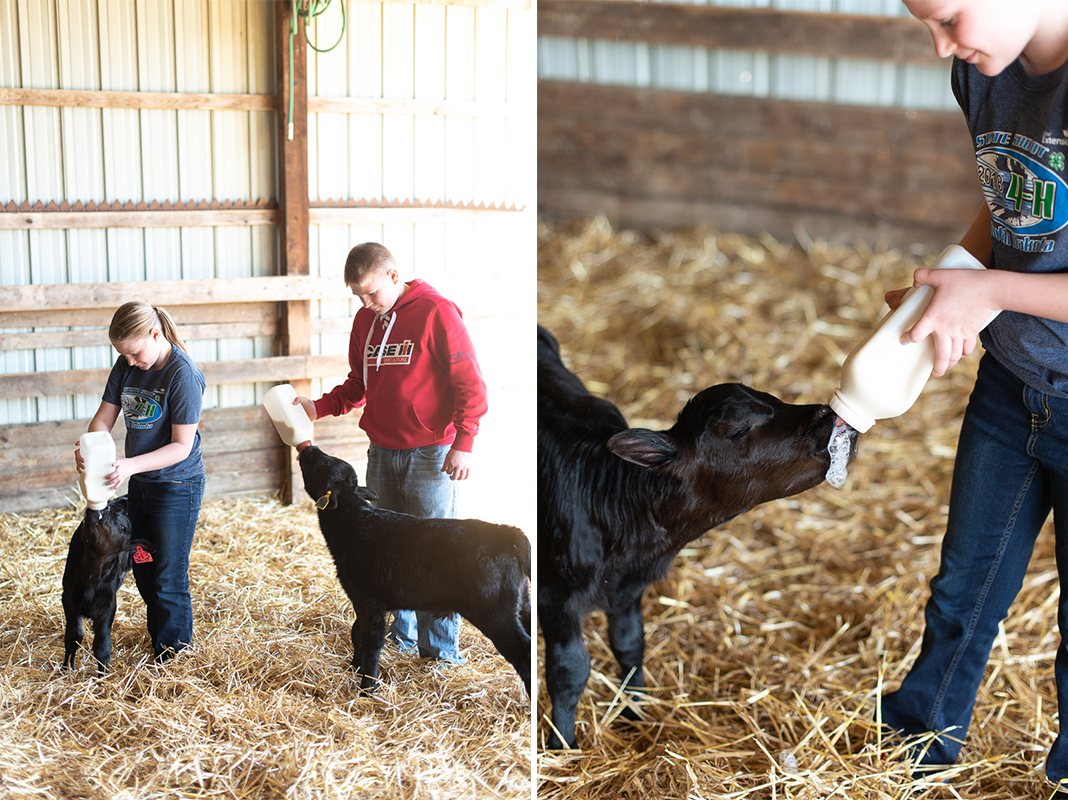 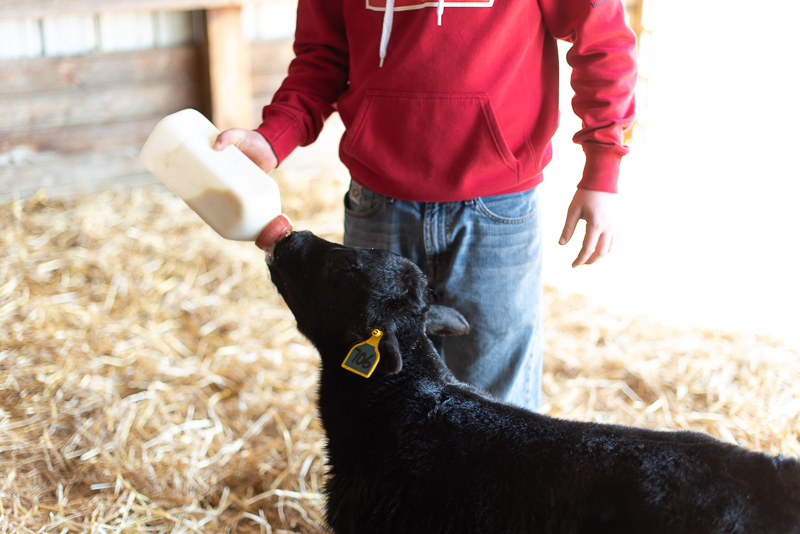 After morning feeding, it’s time to tag the new calves. Then the kids head off to school, and Chad and his dad take care of the rest of the herd. They watch for signs that other cows are ready to give birth. 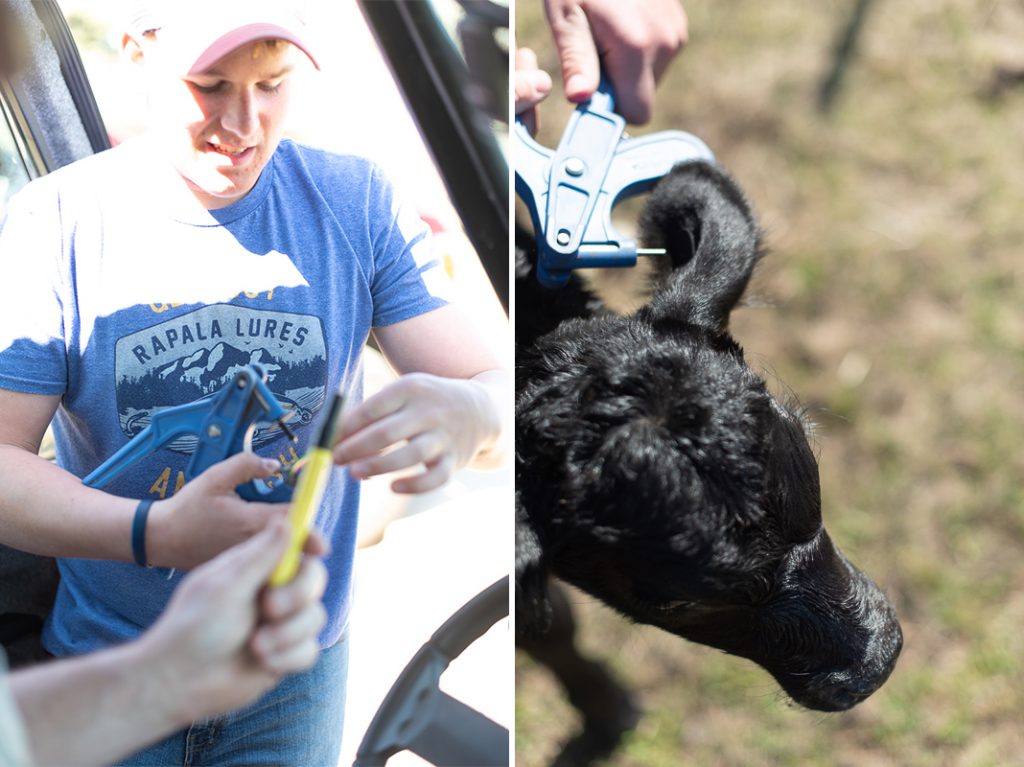 “We don’t have cameras or use a lot of technology so calving season requires a lot of personal monitoring. Having the kids and my dad around to help is important,” explained Chad. His son, Beau, is only 16 years old but is especially helpful. “He seems to know all the cows by name or number.” 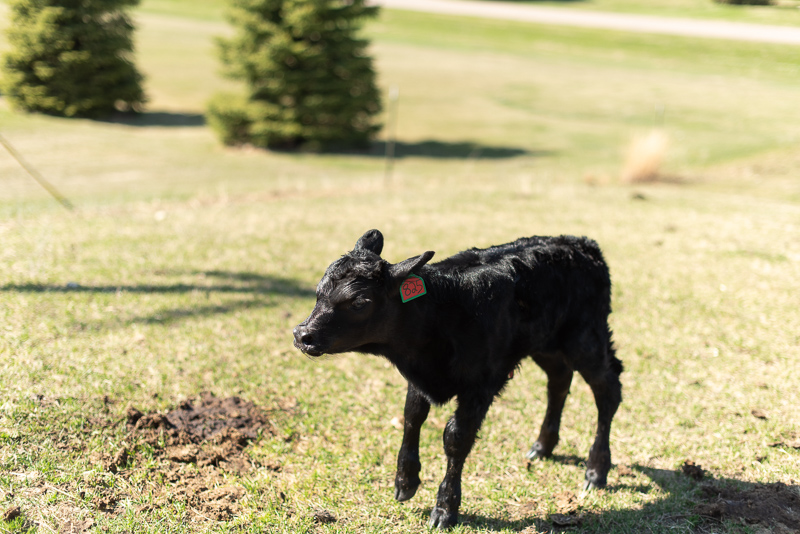 If no cows are delivering, Chad and his dad spend time doing basic maintenance such as checking fences. Since calving happens in town, it’s imperative to keep cows out of neighbors’ lawns and gardens. They also look for sick calves and treat them with antibiotics if needed. Their veterinarian oversees their use of antibiotics and also helped them set up a three-step vaccination program to try to prevent diseases from the start. 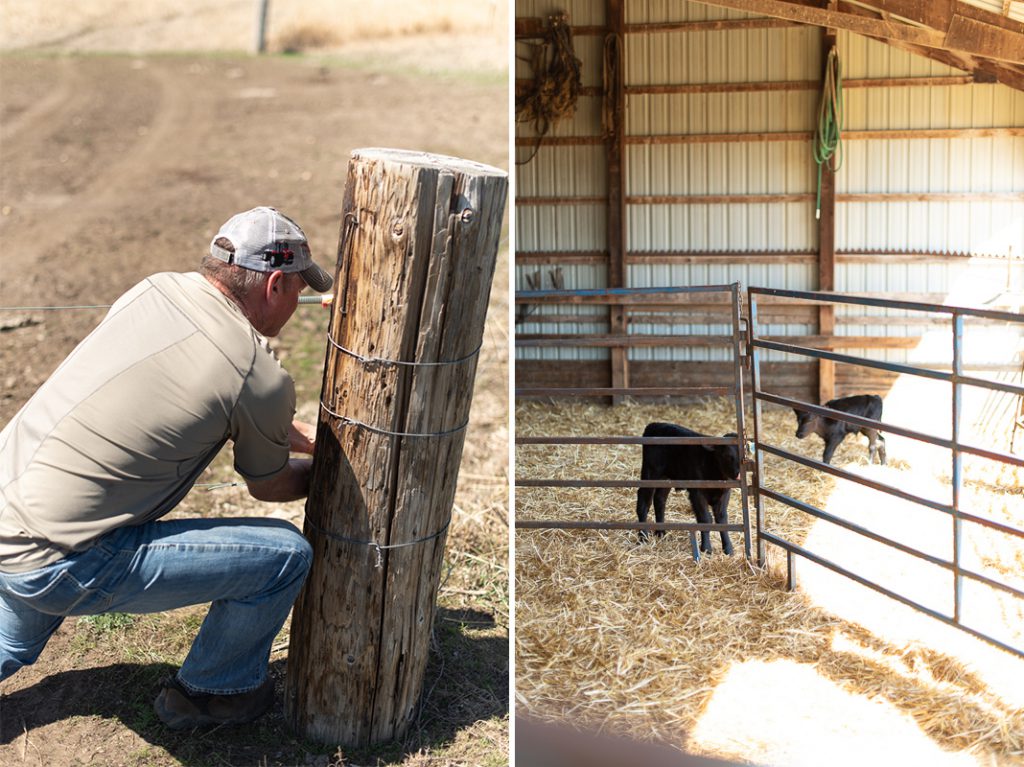 In the afternoon, all the cattle and bottle calves get a second round of food and attention from the family. 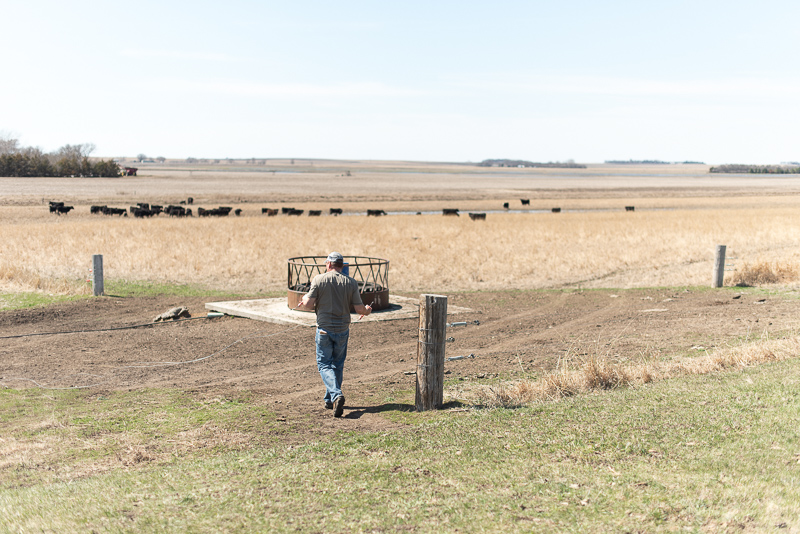 This cycle repeats daily until June. Then the calves are put out to pasture for the summer with their mothers.

In October, they are weaned and brought into the feedlot where they remain until marketed in July or August. 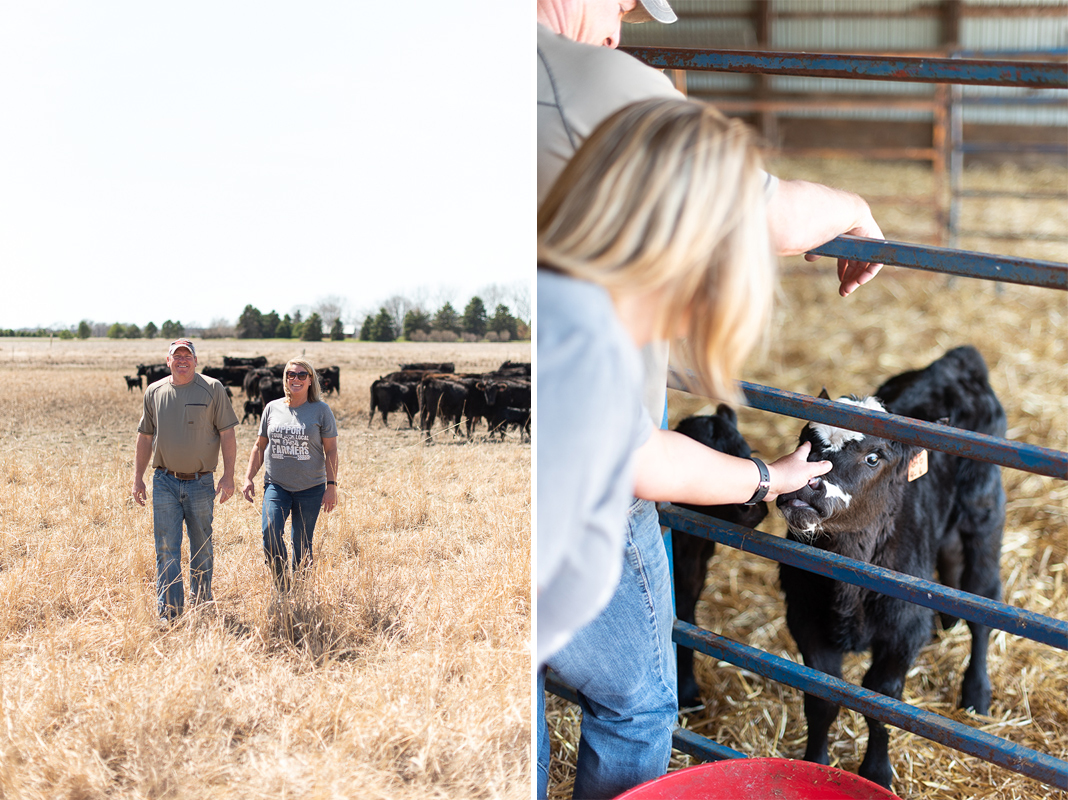 Despite requiring constant attention from the family, Chad can’t imagine it any other way. “It’s so rewarding to see the cow/calf pairs leave to roam the open land. I’m grateful for the opportunity to work alongside my children and my mom and dad to continue the family tradition we all love.”

In addition to caring for their animals, South Dakota ranchers like the Schooleys are also protecting the environment by planting cover crops and trees. Read Shawn and Kristy Freeland’s story to learn more.